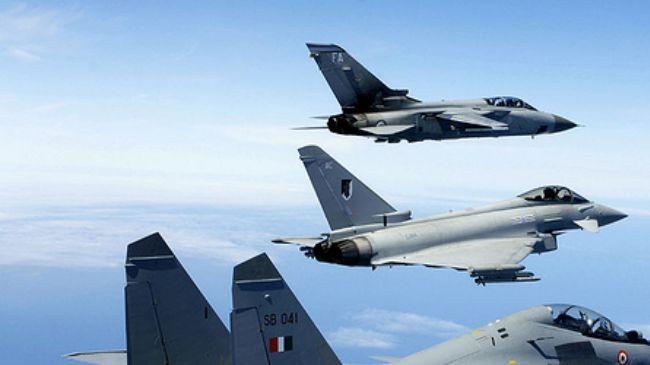 On Monday, August 27, 2012, in a meeting in Brussels, NATO military leaders in consultation with “telephonic liaison” with officers of military forces in several former Soviet Republics, major African states, Israel, Saudi Arabia and the Persian Gulf states came to a combined decision to act against Syria.

Two issues were on the agenda:

1. How climate change in Greenland will effect geopolitics, immigration and military affairs for the EU

2. Syria and the potential for Russian and Chinese intervention.

3. Iran was not an official agenda item but it is an unspoken conclusion that, if China and/or Russia stand aside for interference by NATO in Syria’s internal affairs, this will be seen as an authorization for incursions into Iran, a systematic “Balkanization” based on a prescribed formula of “manufactured and simulated internal political and social strife.”

No announcement was made, no plans or timetable published, simply a vote on authorization of force which passed unanimously by member and included non-member states unanimously.

News stories throughout North America and Europe earlier in the day were filled with reports of mass killings by the Syrian Army and the presence of Iranian troops in Syria. True or not, these stories represent a pre-staging for the NATO conference.

The critical reporting issue involves rhetoric. We moved, yesterday, from discussions of “fighting” to “systematic execution of hundreds of civilians.”

No video nor photos were included to verify neither claims nor sources given other than reports from “rebel forces.”

Recent consultation with friends in the Pentagon as to Syria’s air defense system indicated that the US has, in place, a play to destroy the command and control capability of Syria’s system.

The problems are twofold:

An additional political consideration is a simple one, there is no UN authorization. Both Russia and China have vetoed even sanctions against Syria much less authorized an attack.

Thus, there is no existing authority capable of justifying an attack.

In an interview this week at the NAM (Non-Aligned Movement) conference in Tehran, attended by 120 member states, a huge defeat for NATO interests in the area, this interview yielded some substantive and surprising facts.

Press TV: Certain powers have been trying to isolate Iran, actually, by not holding such a conference at such a high ranking level. As you said, this all has failed.

Now tell us about all the sanctions against Iran which have propagated against Iran, that Iran should be isolated, but as you said it’s all been failed. What is really important is that the agenda of the 688-point draft document which talked about, as you call and urge all countries to make the world free from any nuclear weapons.

You were a senior expert in the IAEA as an inspector. Tell us about that and also with the particular focus on Israel which has not yet signed up to the NPT.

I am very surprised that the Security Council took four decisions, sanctions against Iran just because of rumors that the intelligence source may think there is something.

With respect to your second part about the NPT, in fact, almost all the states in the world respects the Non-Proliferation [Treaty] except the five weaponized states, which they should reduce their weapons which didn’t happen up until today, and the three or four states which did not sign the NPT including Israel. Israel is the only state in the Middle East who did not sign the NPT.

None of the Western countries who are accusing not only Iran but before also Iraq, Libya, Syria and even Egypt, did not consider any accusation to what the Israelis are doing. I believe this bias in the international organization should be stopped.

Shadi makes some particularly interesting points and raises some concerns few had noticed. His most damning statement, of course, is that the Security Council, a carryover from a war 70 years ago, certainly a demonstration of oligarchic rule at the United Nations, has been directed at Iran.

In particular, he notes that the council’s unilateral and undemocratic decisions, followed by nations, China and Russia, who defended Syria, were aimed at Iran but backed by no presentation of facts or even qualified intelligence assessments. In fact, since Colin Powell’s humiliating WMD presentation before the UN, no “American fact” has been taken seriously nor is likely to.

A former top aide to Colin Powell says his involvement in the former secretary of state’s presentation to the United Nations on Iraq’s weapons of mass destruction was “the lowest point” in his life.

“I wish I had not been involved in it,” says Col. Lawrence Wilkerson, a longtime Powell adviser who served as his chief of staff from 2002 through 2005. “I look back on it, and I still say it was the lowest point in my life.”

Top intelligence analysts in private consultation fear a larger Middle East war. “Russia and China won’t stand back, not with the US planning a unilateral move on Africa and its resources. It’s like 1947 again with Truman and the Marshall plan, encirclement, but a war over, not just resources but a world war against what has now seen as the real threat, what Americans call the “middle class.”

Thus, taking Syria without taking Iran is “not in the cards.” Here I return to the words of H. G. Wells, in his War of the Worlds. His grasp in this fiction well over a century old reflects on our times in a curious and wonderfully literate manner:

“No one would have believed in the last years of the nineteenth century that this world was being watched keenly and closely by intelligences greater than man’s and yet as mortal as his own; that as men busied themselves about their various concerns they were scrutinised and studied, perhaps almost as narrowly as a man with a microscope might scrutinise the transient creatures that swarm and multiply in a drop of water.

Yet across the gulf of space, minds that are to our minds as ours are to those of the beasts that perish, intellects vast and cool and unsympathetic, regarded this earth with envious eyes, and slowly and surely drew their plans against us.

The immediate pressure of necessity has brightened their intellects, enlarged their powers, and hardened their hearts. And looking across space with instruments, and intelligences such as we have scarcely dreamed of…

And we men, the creatures who inhabit this earth, must be to them at least as alien and lowly as are the monkeys and lemurs to us. The Martians seem to have calculated their descent with amazing subtlety–their mathematical learning is evidently far in excess of ours–and to have carried out their preparations with a well-nigh perfect unanimity.”

Martians, this is how NATO and Israel look on the world, as expressed through the prose of Wells. Their gaze “cool and unsympathetic,” as drone warfare and their plans, calculated acts of false flag terror, kidnappings, assassinations, the abomination of mythical news reporting.

The end of the road, this path of “hubris” could well be world war, least of all fuel price increases that collapse the currencies and economies.

Talking of death is nothing as we are now pre-staged to look on life as nothing, all victims are “militants” if you want them dead or “collateral damage” when you err.

Iran’s position chairing NAM makes them a harder target. The general criticism by many NAM members, the dictatorial rule of the United Nations by the Security Council, has not prevented the Syrian conflict from becoming a threat to world peace.

For Iran, their choice seems, on the surface, to be in aiding Syria, negotiations, using oil leverage with India, China and others and predicting how the west is plotting.

If Iran falls, it will be only another domino.