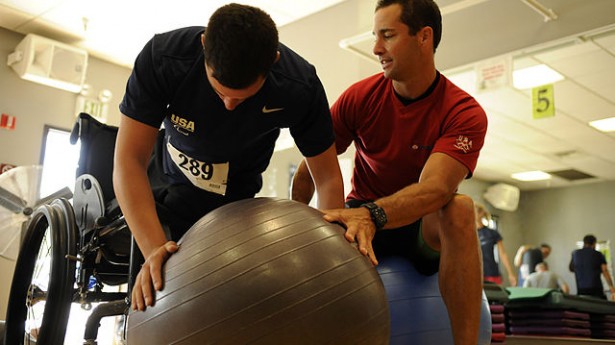 According to a new report from the Associated Press, a record 45% of the 1.6 million veterans of the wars in Iraq and Afghanistan are seeking compensation for service-related injuries.

This is more than double the rate for Gulf War veterans. For all the publicity given to “Gulf War syndrome,” only an estimated 21% of the veterans of that conflict have filed disability claims.

The recent applicants are also citing a much larger number of ailments than veterans of previous wars — an average of eight or nine per person, which has shot up over the past year to 11 to 14. This compares to less than four for Vietnam War veterans who are currently receiving compensation, and just two for veterans of World War II and Korea.

The causes of the increase, and to what extent it simply reflects the poor economy, are not clear. “Government officials and some veterans’ advocates say that veterans who might have been able to work with certain disabilities may be more inclined to seek benefits now because they lost jobs or can’t find any,” the AP explains.

Much of the change, however, is clearly the legitimate result of more soldiers surving life-threatening injuries, along with an increased incidence of concussions and severe hearing loss resulting from IED blasts.

Even the heavy body armor that helps save lives can often leave soldiers with back, shoulder, and knee problems that sometimes require orthopedic surgery. In addition, 400,000 veterans have already been treated for mental health problems, most often post-traumatic stress disorder, and these have been exacerbated by multiple deployments.

Whatever the cause, the flood of applicants is putting strain on a system that is badly backlogged — as a result of 1.3 million claims in 2011 alone — and is still dealing largely with paper records. “We have 4.4 million case files sitting around 56 regional offices that we have to work with; that slows us down significantly,” Allison Hickey, the VA’s undersecretary for benefits, told the AP.

The real burden, however, may become apparent only 30 or 40 years from now, when the cost of caring for disabled veterans is multipled by the effects of old age. Harvard economist Linda Bilmes estimates that it will amount to $600 billion to $900 billion overall.

“This is a huge number and there’s no money set aside,” Bilmes says. “Unless we take steps now into some kind of fund that will grow over time, it’s very plausible many people will feel we can’t afford these benefits we overpromised. … There’s [presently] a lot of sympathy and a lot of people want to help. But memories are short and times change.”