The Government is drawing up plans for emergency immigration controls to curb an influx of Greeks and other European Union residents if the euro collapses, the Home Secretary discloses today. 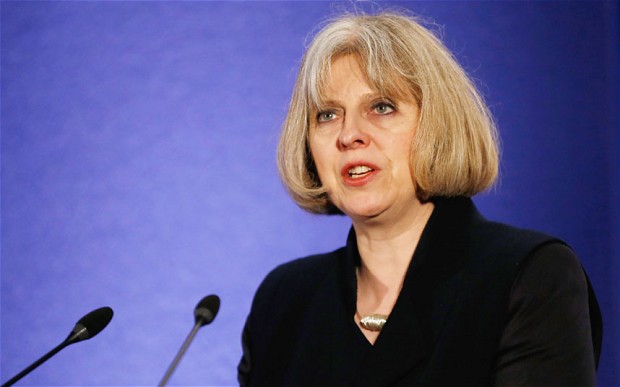 In an interview in The Daily Telegraph, Theresa May says “work is ongoing” to restrict European immigration in the event of a financial collapse.

People from throughout the EU, with the exception of new member countries such as Romania and Bulgaria, are able to work anywhere in the single market.

However, there are growing concerns that if Greece was forced to leave the euro, it would effectively go bankrupt and millions could lose their jobs and consider looking for work abroad.

The crisis could spread quickly to other vulnerable countries such as Spain, Ireland and Portugal, although Britain is regarded as a safe haven because it is outside the single currency.

Details of the contingency plan emerged as the euro crisis deepened further yesterday.

Catalonia was forced to turn to the Spanish government for a bail-out and speculation mounted that Bankia, the troubled Spanish bank, would need £15  billion in state support. European markets fell again as the euro dropped in value against other major currencies.

The Home Secretary says that the Government is already “looking at the trends” to determine whether immigration from beleaguered European countries is increasing. While there is no evidence of increased migration at present, she adds that it is “difficult to say how it is going to develop in coming weeks”.

On the subject of whether emergency immigration controls are under consideration, Mrs May says: “It is right that we do some contingency planning on this [and] that is work that is ongoing.”

The introduction of immigration controls within the EU would undermine a key part of the single market. However, it is allowed in “exceptional” circumstances under European law.

Controls are most likely to include restrictions on people seeking to work in Britain, who could be made to apply for visas.

Several European governments introduced temporary immigration controls when countries such as Poland and the Czech Republic joined the EU, to stop an influx of workers. France also threatened to reintroduce passport controls at the Italian border following an influx of Libyan and Tunisian refugees during the Arab Spring.

David Cameron has already said that Britain has made contingency plans to deal with the break-up of the single currency.

They involve preparations to evacuate Britons from Greece if civil disobedience spirals out of control, and for banks to take steps to protect

1 thought on “Home Secretary Theresa May: We’ll Stop Migrants If Euro Collapses – UK Government Draws Up Plans For Emergency Immigration In The Event Of Financial Collapse”