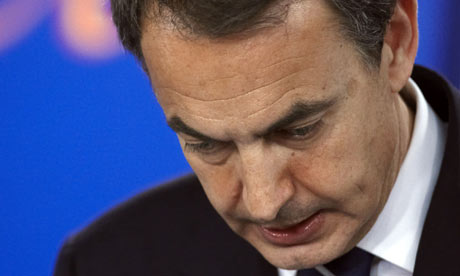 It is the only economy in Western Europe still in recession: property prices are crashing, unemployment has risen to more than 4 million, and some are already muttering that it could end up with a financial crisis worse than Greece’s.

But at least Spain now has someone to blame: the country’s intelligence services are investigating the role of British and American media in fomenting financial turmoil, the respected El País daily reported .

The newspaper said the country’s National Intelligence Centre (CNI) was investigating a series of “speculative attacks” against the Spanish economy amid bond market jitters about the country’s growing national debt.

“The (CNI’s) economic intelligence division … is investigating whether investors’ attacks and the aggressiveness of some Anglo-Saxon media are driven by market forces and challenges facing the Spanish economy – or whether there is something more behind this campaign,” El País said.

The Financial Times has been especially critical of the government’s handling of the Spanish economy in recent weeks. It has been joined by the Economist and other publications which have questioned Zapatero’s economic management.

The newspaper said its report was based on “various sources” but said CNI sources declined to comment. Officials at the defence ministry, which runs the CNI, and Zapatero’s Moncloa Palace offices were unable to confirm or deny the report.

Public works minister José Blanco, who is deputy leader of the Socialist party, has already said “somewhat murky manoeuvres” were behind market pressures on Spain. “Nothing that is happening, including the apocalyptic editorials in foreign media, is just chance. It happens because it’s in the interest of certain individuals,” he said recently.

“Now that we are coming out of the crisis, they do not want the markets to be regulated so they can go back to their old practices,” he added.

El País reported last week that Zapatero had made a similar allegation to his party’s executive committee.

Today it reported the prime minister had insinuated the media were part of a bigger offensive against the euro.