… and Fukushima alone would have finished off Japan.

By now everyone has seen some iteration the following chart of relative sovereign debt/GDP values, in which Japan is an outlier:

As well as this chart of sovereign interest to revenue, in which Japan is also an outlier: 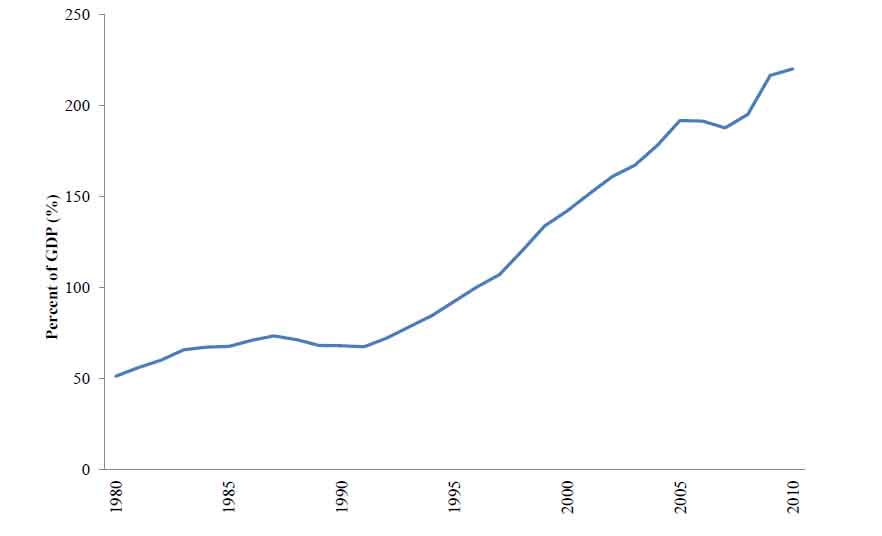 But how many have seen this chart showing global sovereign debt as a percentage of total government revenues? 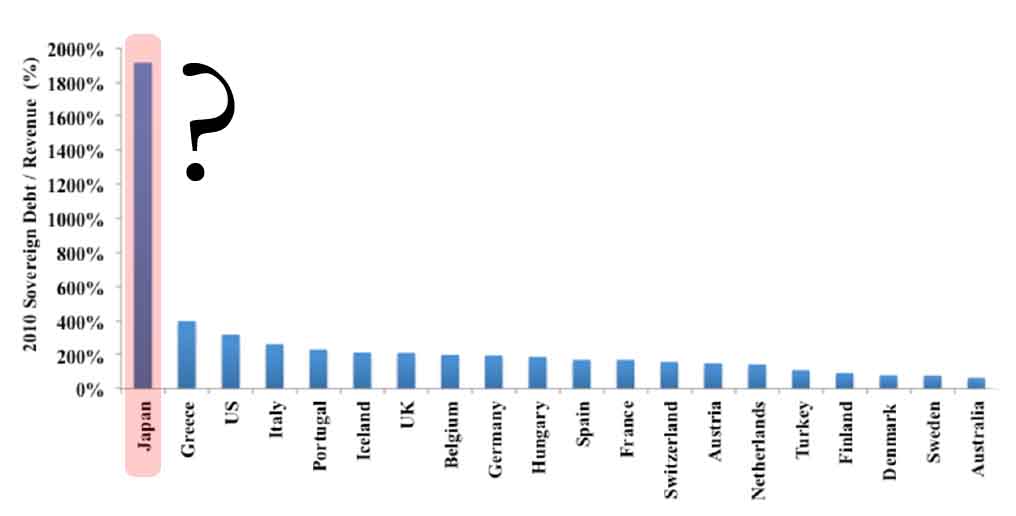 Is there now any doubt after seeing this why the proverbial four horseman are really just one giant black swan, only not one of failed bond auctions or something quite as dramatic, but something as simple and mundane as the smallest uptick higher in rates which would blow up the entire global financial farce, starting with the most imbalanced domino of all – the land of the rising sun?… And that at least Greece is not Japan?