On Easter Friday we presented the parabolic egg that Italy laid in March in the form of Italian bank borrowings from the ECB, which had surged by a record €75 billion to €270 billion from €195 in one month. Of course, since the US market was closed and everyone was preoccupied with the ugly NFP report, nobody paid much attention. Today, however, everyone is paying attention as Italy’s counterpart in the unsalvageable periphery – Spain, just posted its monthly consolidated Eurosystem borrowings update for March. And if last week’s Italian data was the Easter egg, today’s parabola is the Friday the 13th funny, because Spain bank borrowings from the ECB in March soared by… €75 billion, or precisely the same amount as Italy, to €227.6 billion, the highest ever, and a 50% increase over the €152 billion in February. The result: Spain CDS touching 491 bps according to CMA, just 2 bps shy of the November all time wides. Other securities impacted: 10 Year Spanish yield + 10 bps to 5.92%, and a spread over bunds now well into the 400 bps, or 418 bps to be precise. Italy is also catching the contagious bug, with its own 10 year starting to grind wider yet again, now at 5.47%. We have the feeling as more wake up this morning, that this latest glaring confirmation that the PIIGS banks now exist solely courtesy of the ECB, will not be liked by many. 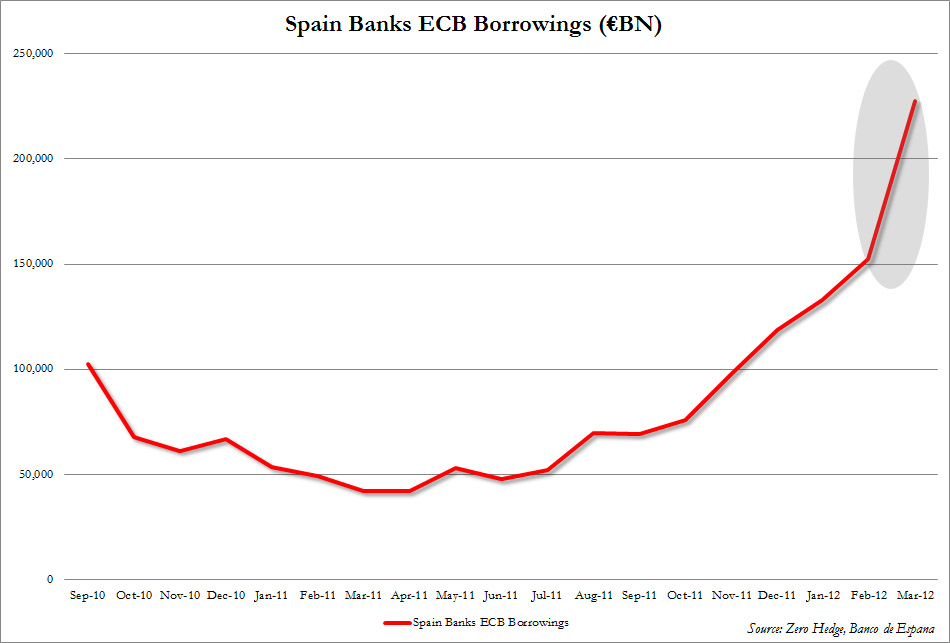 And Spain and Italy bank borrowings from ECB: 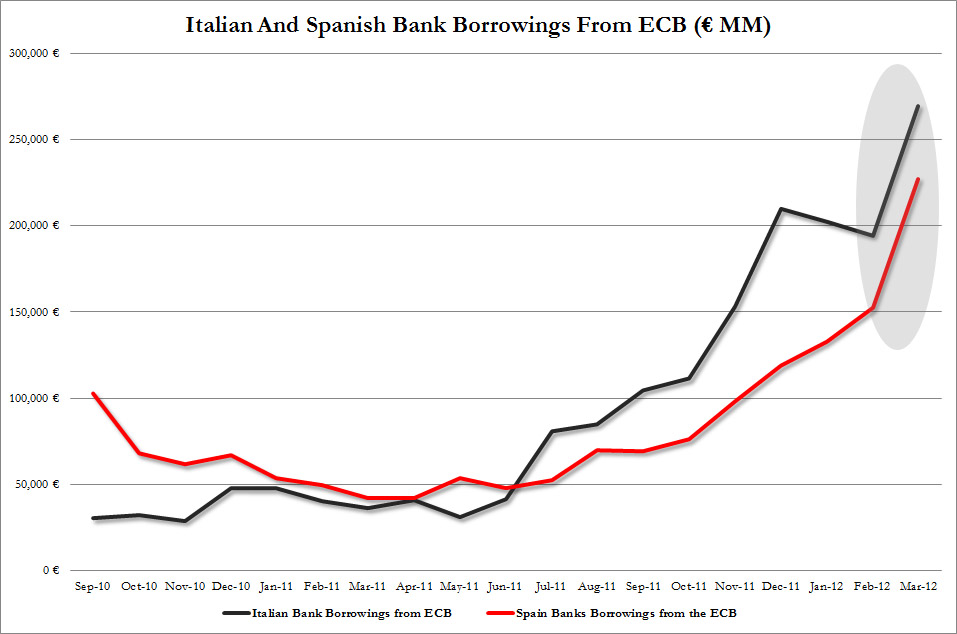