By now everyone and their dog knows Treasuries are on the move. The move, however, is sizable as 10Y yields break above their 200DMA for the first time in almost five months. This is the second largest two-day jump in yields in 16 months as the market wonders whether this is the breakout where ‘s##t gets real’ or a test of resistance at the October 2011 spike highs. Only time will tell. 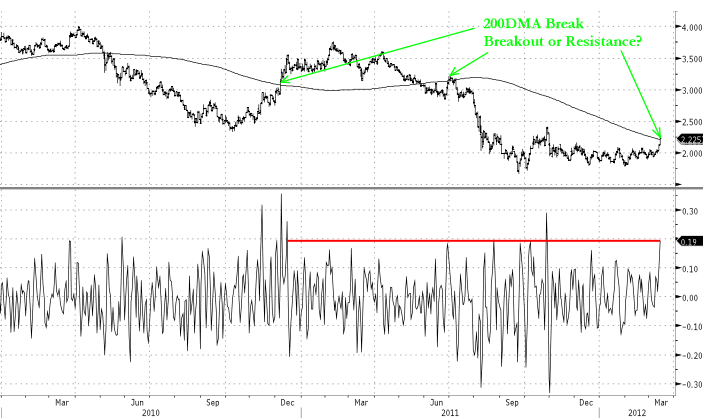 Unsurprisingly, given the anchored short-end, this also means the term structure is its steepest in 5months (2s10s) though we note that the butterfly 2s10s30s is only back (for now) to two month highs) – well below the Oct 2011 levels the absolute yields are closing in on.