Yeah, we had the same response as our readers when we saw that freak move in the EURUSD. Apparently, despite the fact that absolutely nothing has been resolved, Reuters just ran a headline that “Euro zone reaches deal on second Greek bailout package.” And that is all it took for the EURUSD headline scanning algos to surge by 60 100 pips. That there nothing substantial in it, or that this is merely a rephrasing of the actual Bailout 2 announcement from before, is irrelevant. Here is what the actual Reuters report said.

Euro zone finance ministers struck a deal early on Tuesday for a second bailout programme for Greece that will involve financing of 130 billion euros and aims to cut Greece’s debts to 121 percent of GDP by 2020, EU officials said.

“The financial volume (of the Greek package) is 130 billion euros and debt-to-GDP (will be) 121 percent. Now it’s down to work on the statement,” one official involved in the negotiations told Reuters.

Another official confirmed that the financing would total 130 billion euros with the aim of reducing Greece’s debts from around 160 percent of GDP now to 121 percent by 2020.And from AP:

The deal – details of which were still being worked out by European finance ministers in an all-night session in Brussels – was expected to bring Greece’s debt down to 120.5 percent of GDP by 2020, according to the official. That’s around the maximum that the International Monetary Fund and the eurozone considered sustainable.

Some eurozone ministers had indicated before the meeting that they would not accept a deal that didn’t put Greece’s debt on a sustainable path. The official spoke on condition of anonymity because a formal announcement was pending.

The deal should also give the green light to a related debt relief from private investors, who are expected to take significant losses on Greek bonds they hold.

So just the little matter of the statement, aka the details, which is what has been the stumbling block for the past 6 months. And incidentally, the broad strokes of this announcement is a carbon copy of the second bailout deal reached back in the summer of 2011. In other words, there is nothing substantial to this, and is merely boilerplate. But it was good enough to fool the algos. Now the only question is how long until this latest and greatest deal concoction falls apart again, and the whole farce is repeated all over. 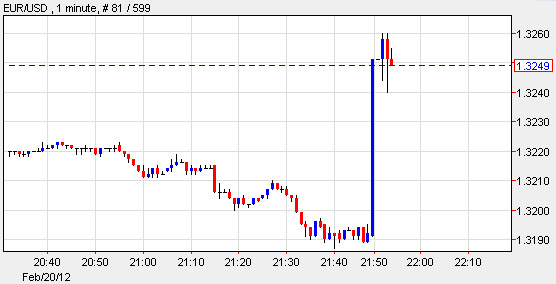 In other news, De Telegraaf reports that the PSI has been agreed on and will reach 75% a haircut on Greek bonds. Translation – next up we have an exchange offer, the failure to reach a voluntary threshold, CACs, and all the fun the trickles down from triggered CDS.

For those bondholders of peripheral debt, as the Greek one is now a lost cause, and will trade down even more, here is what you can expected, courtesy of William Banzai. 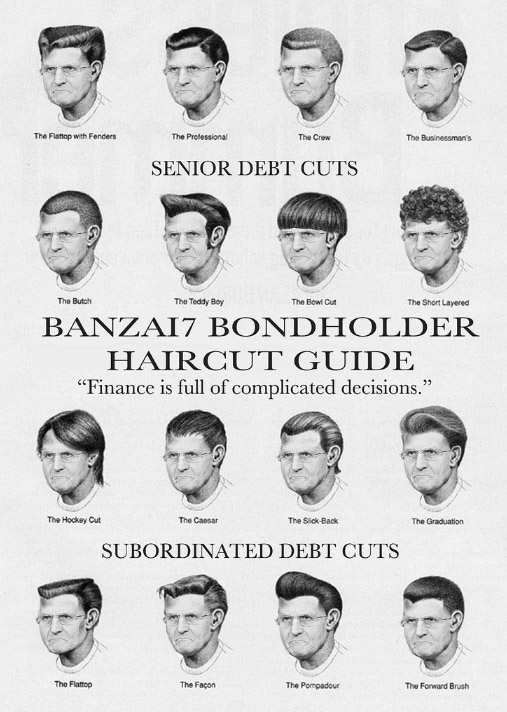