A month ago, we joked when we said that for Obama to get the unemployment rate to negative by election time, all he has to do is to crush the labor force participation rate to about 55%. Looks like the good folks at the BLS heard us: it appears that the people not in the labor force exploded by an unprecedented record 1.2 million. No, that’s not a typo: 1.2 million people dropped out of the labor force in one month! So as the labor force increased from 153.9 million to 154.4 million, the non institutional population increased by 242.3 million meaning, those not in the labor force surged from 86.7 million to 87.9 million. Which means that the civilian labor force tumbled to a fresh 30 year low of 63.7% as the BLS is seriously planning on eliminating nearly half of the available labor pool from the unemployment calculation. As for the quality of jobs, as withholding taxes roll over Year over year, it can only mean that the US is replacing high paying FIRE jobs with low paying construction and manufacturing. So much for the improvement.

Chart below shows it all – that jump is not a fat finger! 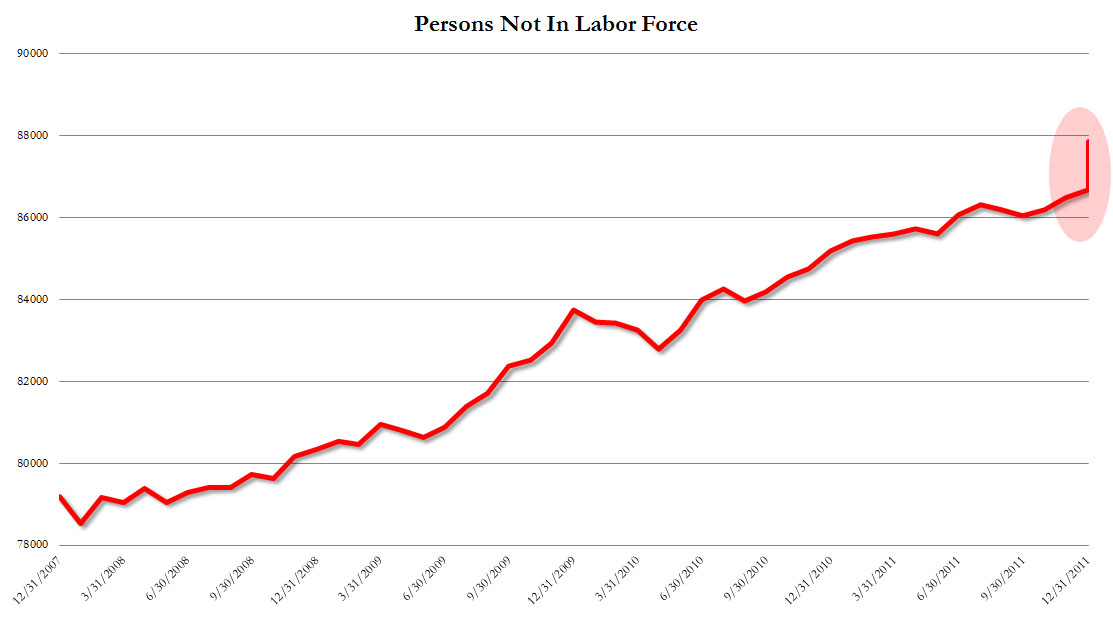 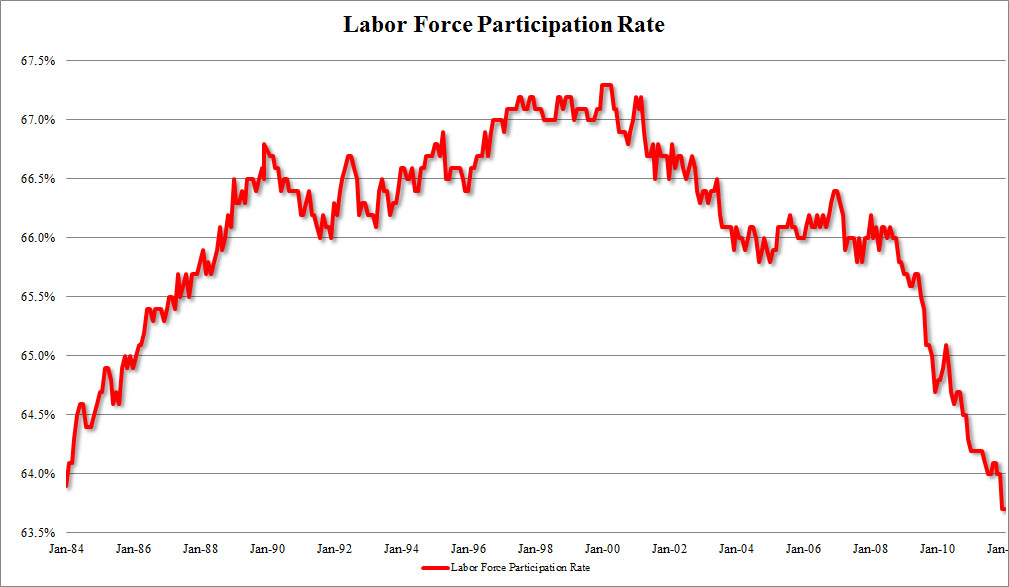 This is the largest absolute jump in ‘Persons Not In Labor Force’ on record…and biggest percentage jump in 30 years. 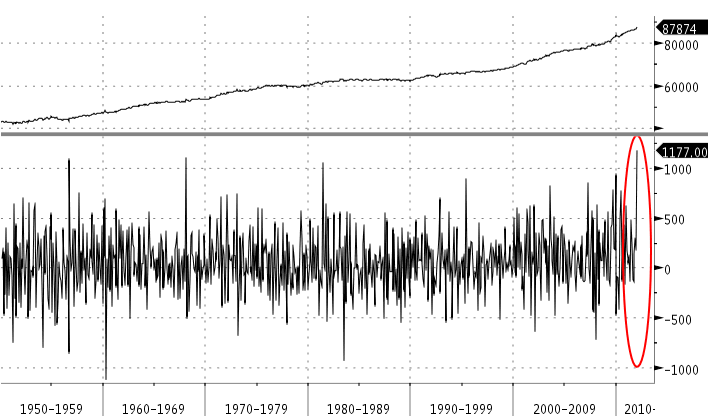