– US To Classify Major Cyber-Attacks As Acts Of War:

“If you shut down our power grid, maybe we will put a missile down one of your smokestacks,” it quoted a military official as saying.

DebkaFile is the media arm of Mossad. DebkaFile predicted in 2000 that terrorists would attack the World Trade Center and we all know why its prediction has been proven to be accurate. 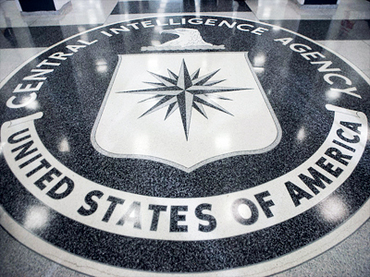 New reports investigating Iran’s interception of a top-secret drone craft belonging to the CIA allege that the hijacking of the stealth airship could have roots not just overseas but in Washington as well.

Ongoing reports from RT have revealed that Iranian intelligence officer claimed in recent days that the recovery of America’s RQ-170 Sentinel stealth drone on December 4 was not due to an equipment malfunction, as US authorities say happened with another craft last days later, but rather the handiwork of Iranian engineers.

As RT reported yesterday, overseas officials speaking on condition of anonymity say that they were able to crack the computers of the drone to hijack the craft and lead it to a safe landing after it caught the drone creeping over from a mission in Afghanistan. Now military sources speaking to Israel-based news outlet Debka insist that Iranian officials made their way into the drone commander centers at CIA headquarters outside of Washington in Langley, Virginia. Debka has close connections with the Israel intelligence community and in the past has been known for correctly reporting on issues of importance to the American intelligence community before US outlets.

According to the report, US Defense Secretary Leon Panetta’s insisting to Fox News this week that the Pentagon will “absolutely” continue drone missions over Iran was a falsity, as those inside the DoD have actually suspended those stealth missions out of Afghanistan as American authorities fear that a second craft will be apprehended as well by Iran.

Less than two weeks after Tehran intercepted the Sentinel, another US-manned drone crash-landed at an American base in the Indian Ocean island nation of Seychelles.

Debka’s report, published Friday, makes note of how during similar episodes in the past, the US upped their military operations after such accidents in order to ensure America that security is not threatened. In this instance, however, America responded by first denying the disappearance and then pleading with Iran to return the craft with no known drone operations being conducted over Iran since.

The Israel-based outlet adds that in addition to hacking the GPS network of the craft, as Iranian engineers admitted earlier this week, the command center in Langley must have been infiltrated as to keep those controlling the robotic plane from noticing that the craft had been guided onto an enemy base. Had the CIA been aware of the hacking of the GPS network only, adds Debka, they would have surely triggered the craft’s self-destruct mechanism, rendering any wreckage unmanageable for Iranian authorities recovering the debris. Instead, Tehran officials were left with a pristine drone craft and have since thanked America for the gift and claim that they have decoded the technology of the craft.

Debka’s analysis of the hijacking also raises a last point worth bringing up — with the Sentinel’s mission over Iran being the first such flight there for the craft, whoever intercepted it was well aware of the precise day and hour of the mission. With Washington doubting their technology out of Tehran, going as far as to call it an “ox-cart culture” in recent weeks, the possibility that the attack was infiltrated from within the United States or with the cooperation of American officials seems more than likely now.

The topic of a war with Iran was debated by contenders for the Republican Party’s nomination for president last night, though Congressman Ron Paul insisted that continued American missions like the one in question are only creating hostilities between nations.

“You’re trying to dramatize this that we have to go and treat Iran like we’ve treated Iraq,” Paul said. “You cannot solve these problems with war,” said the candidate.