And how about America?

– US: 50 Economic Numbers From 2011 That Are Almost Too Crazy To Believe 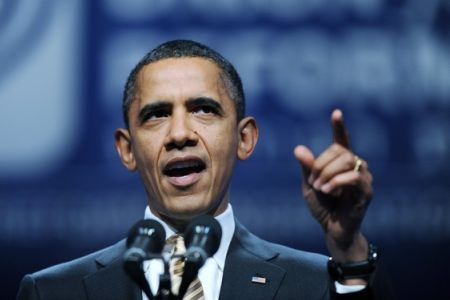 US President Barack Obama speaks at the 71st General Assembly of the Union for Reform Judaism at National Harbor, Maryland on December 16, 2011.

The US president takes pride in his administration’s having contributed the most generous cash handouts to the Israeli regime in history in the face of dire economic conditions.

Speaking at the 71st General Assembly of the Union for Reform Judaism, a US representative group, at National Harbor, Maryland on Friday, Barack Obama said, “I’m proud that even in these difficult times we’ve fought for and secured the most funding for Israel in history,” read a transcript of his speech, which appeared on Chicago Sun-Times paper.

“America’s commitment and my commitment to Israel and Israel’s security is unshakeable,” he noted.

“I am proud to say that no US administration has done more in support of Israel’s security than ours. None. Don’t let anyone else tell you otherwise. It is a fact.”

The comments came amid nationwide Occupy protests across the Uiresidential elections of 2012.

The US president was due to meet with Israeli Minister for Military Affairs Ehud Barak on the sidelines of the Jewish community conference.

The US and Israel have each considered the other to be its most strategic ally.

The unsparing backing on the part of the United States continues in the face of Israel’s occupation of the Palestinian lands, acts of aggression against the Palestinians, and its crippling siege on Palestinian territory of the Gaza Strip.

Here is the only candidate that will cut ALL foreign aid, …

and bring the troops home.

2 thoughts on “President Obama: ‘I’m proud that even in these difficult times we’ve fought for and secured the most funding for Israel in history’ – ‘I am proud to say that no US administration has done more in support of Israel’s security than ours. None. Don’t let anyone else tell you otherwise. It is a fact.’”