Probably out of ‘tradition’! ROFL!

Got PHYSICAL gold (and silver!)?

Gold (and silver!) is money, the real money of the elitists, everything else is just worthless paper. 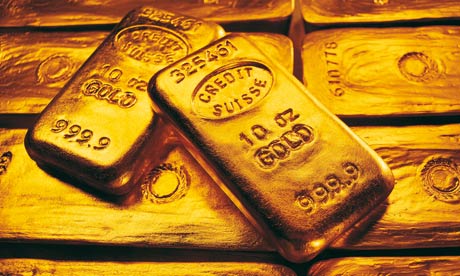 ﻿European central banks have become net buyers of gold for the first time in more than two decades, the latest sign of how the turbulence in the currency and debt markets has revolutionized the bullion market

The purchases are minuscule compared with the size of the global gold market, but highlight a remarkable turnaround from a wave of heavy selling by European central banks.

The role of central banks in the gold market will be a central topic of debate at the annual London Bullion Market Association conference, the largest gathering of the gold industry, in Montreal this week.

The switch from large selling to buying has helped propel the gold price more than 25 percent higher so far this year, hitting a nominal record of $1,920 a troy ounce this month. The shift in Europe comes as central banks in emerging markets are also loading up on gold.

Mexico, Russia, South Korea and Thailand have all made large purchases this year, in a move to reduce their exposure to the dollar. Globally, central banks are set to buy more gold this year than at any time since the collapse of the Bretton Woods system 40 years ago – the last time the value of the dollar was linked to gold.

“We’re going back to a time when gold is seen very much as money,” Jonathan Spall, director of precious metals sales at Barclays Capital, told FT.com in a video interview. “It has been a complete reversal of the attitudes we saw during the 1990s.”

European central banks have added about 25,000 ounces, or 0.8 tonnes, of gold to their reserves in the year to date, according to data from the European Central Bank and the International Monetary Fund.

That compares with average sales of almost 400 tonnes a year since 1999, as they swapped their non-yielding and unfashionable bullion for sovereign debt. Global gold consumption stands at about 4,500 tonnes a year.

Most of the buying in Europe was related to Estonia’s move to join the single currency bloc at the start of the year. The Estonian central bank bought gold to add to the ECB’s reserves, according to an ECB statement in January. Elsewhere, Malta bought 3,000 ounces.

Europe’s central banks have not been net buyers of gold since 1985, according to data from the World Gold Council.

“The motivation for European central banks to diversify out of gold into dollar-denominated assets has been negatively impacted by US fiscal and monetary policy,” said Natalie Dempster, head of government affairs at the mining industry-backed group.

A third round of quantitative easing would make the sale of gold “look less attractive than ever before”, she added.

The shift to buying comes as some politicians in the euro zone are calling for heavily indebted members such as Portugal, Spain or Italy to be forced to sell their gold reserves to reduce their debts. However, at current gold prices such a move would barely dent the countries’ debt piles, while analysts believe it would amplify investors’ concerns about the euro zone.