Nothing to see here for Infinite Unknown regulars. 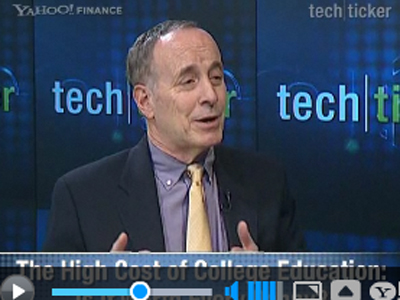 If you add up all the promises that have been made for spending obligations, including defense expenditures, and you subtract all the taxes that we expect to collect, the difference is $211 trillion. That’s the fiscal gap…

Why are these guys thinking about balancing the budget?…They should try and think about our long-term fiscal problems.

His comments were reminiscent of a Bloomberg editorial he wrote last year, where he called entitlements “a massive Ponzi scheme.”

We’ve got 78 million baby boomers who are poised to collect, in about 15 to 20 years, about $40,000 per person. Multiply 78 million by $40,000 — you’re talking about more than $3 trillion a year just to give to a portion of the population…That’s an enormous bill that’s overhanging our heads, and Congress isn’t focused on it.