Gold this morning is plunging by the most since December 2008. For those seeking the reason for the sell off, it once again appears that the market is about 24 hours late in processing news that has been out for over a day. One of the main catalysts for today’s gold price is the realization that the Shanghai Gold Exchange hiked gold margins by 26%. Of course that this happened not one but two days ago (as we reported) is irrelevant. There are other factors to be sure: on Tuesday holdings of the SPDR Gold Trust , the world’s largest gold-backed exchange-traded fund, fell by nearly 25 tonnes, their biggest one-day outflow since Jan. 25. Furthermore, there is another rumor that hedge funds that have been crushed by the market volatility over the past month are shoring cash ahead of Jackson Hole by selling their winners. Either way, at last check gold was down to $1770. This is the price it was on August 16: about a week ago. As for where gold will go next: we suggest investors consider what the options for the world central banking cartel are, and how many of them do not include diluting paper. We are eager to hear the alternatives. 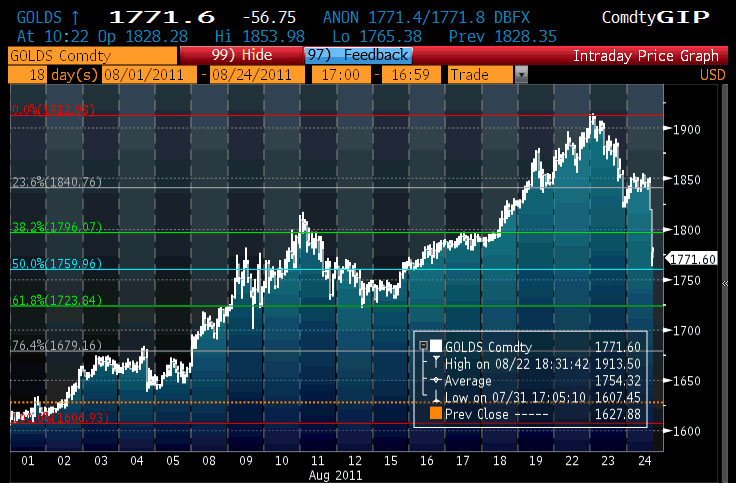