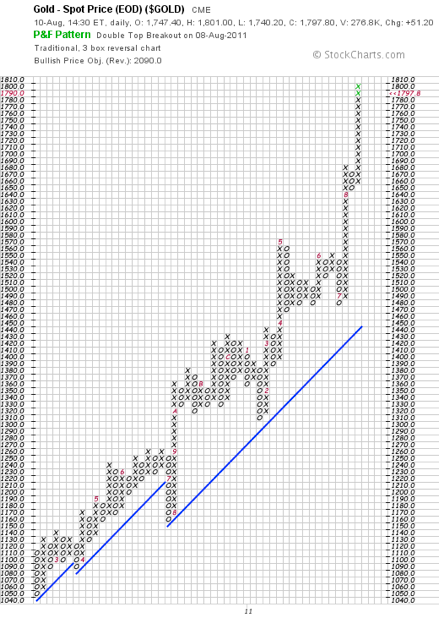 “When chaos reigns, people look for certainty. When all is lost, only one item stands supreme and has been supreme for thousands of years. That item is gold. You can see on the P&F chart that gold has been, and is, working its way higher. The anti-gold element is afraid of gold hitting the even number of 2000, thus we see gold, day after day, fluctuating in the 1500 to 1700 area, but never breaking out to 1900, or God forbid — 2000.

Just imagine, the dollar, the world’s reserve currency, backed by a nation with a credit rating that is less than AAA. No wonder far-sighted investors are opting for gold instead of man-made (fiat) money.