Imaginary cows and non-existant lemon groves are among the fraudulent claims for European Union funding that have cost taxpayers £1.2bn in the last year, a new report shows. 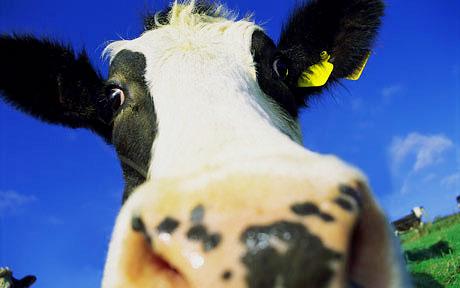 In one case, thousands of pounds was paid out to livestock owners in Slovenia for ‘non-existent’ cattle Photo: GETTY

The number of “irregular payments” last year doubled and are now costing taxpayers £3.3 million a day.

According to the European Commission’s Fight Against Fraud report irregularities and fraud in the Common Agricultural Policy, which accounts for half the EU budget, cost £108.5m, up 23 per cent.

However, the worst area for fraud in 2009 was “cohesion policy”, where funds go to Europe’s poorest regions and which takes up more than one third of the whole EU budget.

Fraudulent use of EU cash includes claims for a lemon and orange grove orchard that did not actually exist on the Italian island of Sicily.

In another case, thousands of pounds was paid out to livestock owners in Slovenia for “non-existent” cattle.

UK Independence Party MEP Marta Andreasen, who was sacked from her job as the European Commission’s chief accountant after she blew the whistle on the state of the EU’s accounts, said, “Why does the EU allow this situation to continue?

“Simple: the EU uses funding from the budget to buy support for the EU project.”

A European Commission spokesman said, “We take the issue of fraud very seriously and have made considerable efforts to improve the system for finding and dealing with it.”