Pilots at British Airways are moving millions of pounds out of the company’s lucrative pension scheme amid fears it will go bust. 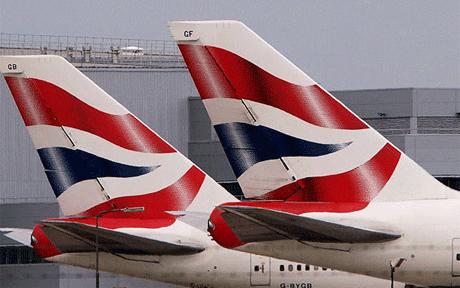 Pilots at British Airways move millions out of company pension

Workers fear the troubled company will fail to deliver on its pension promises after the airline announced this week that its pension deficit had reached almost £4 billion.

Experts said it showed a “lack of faith” among the company’s own staff in its pension scheme.

It follows a vote by thousands of cabin crew to strike over Christmas over changes to working conditions.

Pilots who have spent their entire career with British Airways can expect to retire on a pension of more than £100,000 a year, according to pension advisers.

If the BA pension scheme collapsed, a lifeboat fund known as the Pension Protection Fund would step in. But the fund pays out a maximum of almost £29,000 a year.

It means pilots and other well-paid BA workers could lose out on tens of thousands of pounds a year during their retirement.

One leading pensions’ adviser has been approached by more than 40 pilots and other pension scheme members at BA in the last few days about transferring their money – with one worker asking to move a pension pot of £2.2 million out of the company’s pension scheme.

Up to 100,000 workers at BA enjoy the company’s generous final salary scheme, which is now closed to new members. Anyone joining the company pension after 2003 will have a defined contribution scheme based on the performance of the stock market.

Tom McPhail, a pensions expert at wealth manager Hargreaves Lansdown, said: “Given the uncertainty of the BA pension deficit, it is not surprising that scheme members are looking after their own interests, particularly where their pension entitlement is significantly above the level of the Pension Protection Fund.”

He added: “Generally, it is not good to opt out of a final salary scheme, and the fact that employees are doing this is evidence of their lack of faith in the pension scheme’s ability to pay out on the promises made.

British Airways refused to comment on workers salaries, saying there was a wide range up to chief executive Willie Walsh’s annual salary of £750,000.

A spokesman for BA said: “In the last three years we have contributed £1.8 billion to our pensions funds when, over the same period, we made profits of £1billion. We are not in a position to pay any more in contributions. Following the announcement of our pension funds’ deficits as at March 31, 2009, we will work with our trustees, staff and their trade unions to develop a recovery plan.”