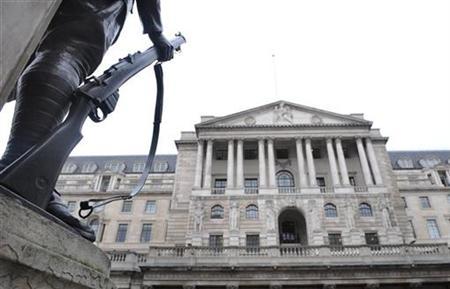 At the start of this month, the gilts market appeared overwhelmed by the burgeoning demands of the UK government. Then the Bank of England sprang to the rescue, announcing that it would spend tens of billions of pounds acquiring government bonds. Gilts surged in response to this news. Economists applauded. Their reactions are mistaken. Quantitative easing, as it is called, poses a grave danger to Britain’s creditors. It is a perilous policy that threatens further disruption to the financial system at some future date.

On Thursday March 5, the Bank of England said it would acquire up to £75bn of gilts over the following three months. A further £75bn of Bank purchases have been earmarked. Relative to the size of the British economy, these are vast sums. The combined figure is roughly three times the stock of notes and coins in circulation and twice the country’s monetary base. It is also equal to almost a third of the stock of outstanding gilts. Put another way, the Bank is set to finance the largest peacetime deficit in British history.

Britain’s move into quantitative easing has mostly been greeted with cheers in the City. “For holders of gilts, this can only be good news,” commented the head of fixed income research at one broker. Another financial commentator estimated that buying gilts with newly printed money would save British taxpayers some £5bn in interest payments.

Yet long-term bondholders have nothing to celebrate. The aim of quantitative easing, after all, is to dispel deflation and achieve the Bank’s 2 per cent annual inflation target. There is no question that a determined central bank can get rid of deflation. It is simply a question of printing enough money. Economists have another term to describe the monetisation of government debt. The history of “seigniorage” goes back to the debasement of the coinage under the Roman emperors. Seigniorage is really a tax on holders of money and government debt which is paid via inflation. When carried to excess, it leads to hyperinflation.

The exponents of quantitative easing dismiss such fears. They claim that liquidity can easily be removed at some stage in the future. But what confidence should we place in the authorities to act in a timely fashion? After all, this crisis is largely the consequence of the Federal Reserve’s easy money policy at the beginning of the decade that fuelled the global housing bubble. If the economy remains stagnant, the Bank will probably be slow to remove the liquidity. In which case, there will be inflation.

An early experiment with quantitative easing occurred in Japan in 1932. At the time, the Bank of Japan financed a large fiscal expansion by printing money. In no time, Japan went from a severe deflation to near double-digit inflation. This monetary easing was never reversed and inflation escalated throughout the decade. After the second world war, the Fed likewise printed money to buy bonds. As a result, a mild deflation in 1949 was followed by inflation of about 10 per cent a couple of years later. Owners of Treasury bonds suffered heavy losses.

Fed chairman Ben Bernanke referred to this latter episode in his famous “Deflation” speech of November 2002. “The rate-pegging policy finally collapsed,” he said, “because the money creation associated with buying Treasury securities was generating inflationary pressures. Of course, in a deflationary situation, generating inflationary pressure is precisely what the policy is trying to accomplish.” Owners of gilts should be quaking in their boots.

Still, there is a possibility the Bank will react to incipient inflation and reverse its quantitative easing policy in good time. But what will happen then? For a start, the bond market would likely crash as the central bank rapidly disposes of its pile of accumulated bonds. Furthermore, the apparent gains of quantitative easing may be reversed. Unless any recovery is robust, the reduction of central bank liquidity would hurt the securities markets and the real economy. This happened in 1937 after the Fed responded to rising inflation fears by removing excess reserves from the banking system. The US stock market was cut in half and the economy nosedived.

Central banks in Switzerland, Japan and the US are set to follow Britain’s lead on quantitative easing. Bondholders everywhere are anticipating windfall gains, as the owners of gilts have enjoyed. They should not be fooled. In the years to come, owners of government debt will be the chief victims of this great monetary experiment.

The writer is a member of GMO’s Asset Allocation team