Royal Bank of Scotland (RBS) is struggling to find a way to pay for the Government’s insurance scheme because the scale of its toxic assets mean that it could face an a bill of up to £8bn. 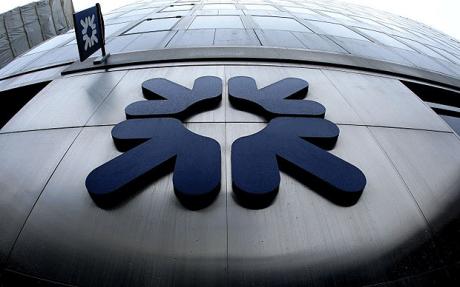 RBS is scrambling to form a plan that avoids either handing over more equity to the Government – which could bring it to the brink of full nationalisation – or destroying its capital ratio.

The bank, which is already 70pc state owned, is in intensive negotiations with the Treasury as the Government has stepped up its efforts to hammer out the details of the insurance plan, called the asset protection scheme.

An announcement had been planned for Thursday next week, to coincide with RBS’s results, but banking sources believe the Treasury will unveil details of the scheme more quickly in an attempt to put a floor under the stream of bad news from banks.

Related article: RBS Said to Boost Bonuses by Up to $850 Million (Bloomberg)

RBS separately announced yesterday that it would slash cash bonuses by 90pc following pressure from the Government. RBS said employees “associated with the major losses suffered in 2008” would receive no bonus. Staff considered “essential to the bank’s recovery” will receive an award for 2008, but it will be deferred.

These payments can be “clawed back” in future years if their activity leads to losses.

RBS’s total bonuses will still add up to almost £1bn, although just £175m of that will be in cash, compared to a £2.5bn cash pay-out in 2007. RBS said it would honour contractual obligations to pay bonuses to staff it inherited when it bought ABN Amro.

RBS is expected to announce one of the worst results in UK corporate history next week. The bank warned last month it suffered £8bn in losses in 2008 and that it would also write off about £20bn on goodwill from the ABN deal. Those figures are thought to have deteriorated further and RBS’s losses could top £30bn.

Analysts believe the bank will put up to £200bn of toxic assets into the Government’s insurance scheme. If the Government follows the US and charges a 4pc fee for insuring these assets, RBS would have to hand over £8bn.

In the light of the scale of the losses, the Treasury is expected to charge a lower fee. But it likely to still be so large that paying it in cash would severely weaken RBS’s capital ratio, and require it to raise more capital.

RBS could instead issue warrants. But it would face a severe collapse in its share price if the warrants convert into equity in the future. Another option would be a form of subordinated debt, such as payment in kind (PIK) notes, which would allow the bank to defer payment.

Lloyds Banking Group and Barclays will have to struggle with similar issues over how to pay for the insurance scheme.

Jonathan Pierce, an analyst at Credit Suisse, said the scheme would help because it would dramatically cut banks’ risk weighted assets, which will allow them to free up cash.