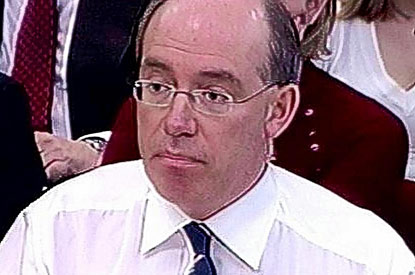 A second HBOS whistleblower today claimed there was “a total disregard to the risk process” at the bank under the leadership of former chief executive Sir James Crosby.

Dr Bijan Khandani, a risk manager at HBOS between 2003 and 2005, told the Evening Standard his efforts to protect it against risk were thwarted by senior staff.

“I encountered a lot of resistance,” he said. “I was amazed by this culture where there was a total disregard to the risk process.”

Dr Khandani, a risk consultant at Logica, described Sir James as “a sales person” focused on growing the company.

“He would talk about the progress HBOS was making in terms of market share. Risk was not top of his priorities,” he said.

HBOS, owner of Halifax, was last year rescued by the Government in an £11.5billion bailout after its near-collapse. It is part of Lloyds Banking Group, 43 per cent owned by the taxpayer.

The claims by Dr Khandani came days after evidence from original whistleblower Paul Moore led to the resignation of Sir James as deputy chairman of the Financial Services Authority, a job he took after leaving HBOS in 2006.

Mr Moore alleged he was sacked as head of risk at HBOS in 2005 after warning that Sir James was leading the bank “to the precipice” and that expansion was “going too fast”.

Sir James said Mr Moore’s original claims had been investigated independently at the time by KPMG and had “no substance”.

But questions have been raised over Gordon Brown’s judgment in appointing Sir James to the FSA and as one of his closest financial advisers given his role in the demise of HBOS.

Although Dr Khandani never met Mr Moore, he said he was shocked when Mr Moore was replaced by Jo Dawson, who had worked on the sales side of the business and had no experience in managing risk.

Dr Khandani said there was a feeling of “shock” at the move.

In another twist, Mr Moore’s barrister, Peter Hamilton, has written to the Treasury Select Committee to question whether KPMG’s report could genuinely be regarded as independent.

3 thoughts on “Second HBOS whistleblower: Bank had a total disregard for risk”