Barack Obama will aim to slash the nuclear weapons stockpiles of the US and Russia by 80 per cent, it has been reported. 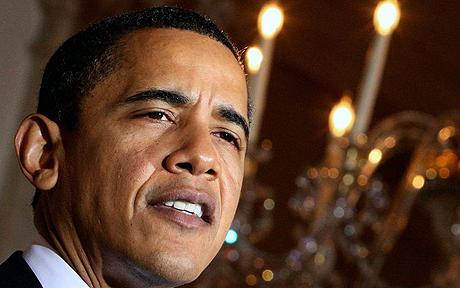 Barack Obama has been hit by a series of set-back in his presidency Photo: AP

Mr Obama will move to open fresh arms reduction talks with Moscow and seek an agreement to cut the number of warheads to 1,000 each, according to The Times.

The two countries must have cut their stockpiles from about 10,000 to 5,000 by December under the 1991 US-Soviet Strategic Arms Reduction Treaty (Start).

Mr Obama promised to make the reduction of nuclear weapon numbers a priority of his presidency.

An unnamed administration official is reported to have told the newspaper: “We are going to re-engage Russia in a more traditional, legally binding arms reduction process.

“We are prepared to engage in a broader dialogue with the Russians over issues of concern to them. Nobody would be surprised if the number reduced to the 1,000 mark for the post-Start treaty.”

A review of the Bush administration’s plan for a missile defence shield in eastern Europe could be central to any deal between the countries.

Last week, Moscow shelved plans to install its own missiles near Poland after the White House signalled it would at least delay the system, which was due to be installed in the Czech Republic and Poland.

It is believed a decision to abandon the missile shield altogether could remove a key impediment to Russia’s participation in new nuclear reduction talks.