Two years ago, Iceland was top of the UN living index. Now it is in the frontline of the global economic crisis after the failure of its banks, reports Sophie Morris in Reykjavik 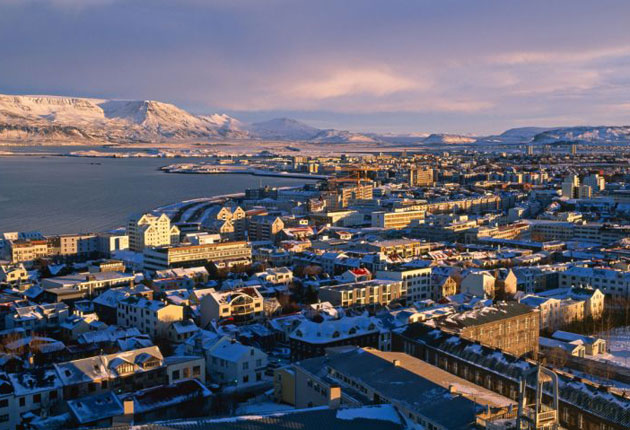 Reykjavik: Iceland must confront the fact that it has been blighted by a man-made disaster

When Iceland’s ruling coalition broke apart Monday, it became the first government to fall as a result of the world financial crisis. It may not be the last.

Iceland’s case is unique because the tiny country’s entire banking system collapsed in October, decimating the value of the life savings of most residents on the island. Still, other countries in Europe are experiencing political unrest because of the global economic downturn.

“I think we are still headed sharply downhill in the world economy and the U.S. economy, and I don’t pretend to know how far,” said Ralph Bryant, a former director of the Federal Reserve Board’s Division of International Finance and a senior fellow at the Brookings Institution. “Every country in Europe is troubled by these things.”

Iceland’s government fell after the U.S.-educated prime minister, Geir Haarde, couldn’t reach a deal on sharing power with another party in his coalition.

That came after Haarde last week called for elections in May, ahead of those scheduled for 2011, after weeks of protests by Icelanders upset about soaring unemployment and rising prices. Haarde announced Friday that he has cancer and would not seek another term.

Weekly rallies have been held in Iceland since the banks collapsed in October. The protests grew more frequent and were mostly peaceful until last week, when demonstrators threw paint at the parliament building and hurled eggs at the prime minister’s limousine. On Thursday, police used tear gas for the first time since 1949 to quell a disturbance.

Iceland, a country of 304,000 people – slightly less populous than Pittsburgh – saw its banking system grow in the last decade to nine times its economic output, fueled largely by deposits and investments from abroad in a major retooling of its economy.

In September, after bank lending dried up in the wake of the Lehman Bros. collapse, Iceland’s banks became insolvent and had to be nationalized.

The International Monetary Fund, which loaned the country $2.1 billion to help it recover, estimates Iceland’s economy will contract 9.6% this year.

“What is unique about Iceland – they’re incredibly tiny with a big financial sector,” said former Federal Reserve governor Frederic Mishkin, a Columbia Business School professor who has studied the country’s collapse. “One of the lessons here is that if you’re in a situation like this, you’re extremely vulnerable to an international financial crisis.”

The Belgian government also resigned in December after a top court found that it had improperly sought to influence a legal ruling on the bailout of a troubled bank, Fortis. But the issue there had more to do with whether the government violated separation of powers than popular unrest over the economy.

Preston Keat, research director with Eurasia Group in New York, notes that other small Western European countries with large banking systems are at risk, including Ireland and Austria. Potentially shaky banking systems in former Soviet satellites, such as Hungary, Romania, Bulgaria and Ukraine are most vulnerable.

So far, governments in major European economies such as Britain, France and Germany have retained political support through the crisis, in part by responding with massive stimulus packages, said Harvard economist Philippe Aghion.

Western Europe also benefits from its welfare state, which provides for generous government spending that kicks in when workers lose their jobs, providing an automatic stimulus, said Iain Begg, a professor at the London School of Economics.

Still, in Britain, support for Prime Minister Gordon Brown’s ruling Labor Party is slipping, a poll released Monday by ICM for The Guardian newspaper showed. The survey also found that less than a third of the country thinks Brown’s latest steps will improve the economy.

Frustration with leadership is even more acute in Eastern Europe, where countries that joined the European Union in recent years to improve their economies are now experiencing the downside, Begg said.

Workers who had found jobs in fast-growing EU economies such as Ireland are now unemployed, he said.

That’s bad news for the United States, he said, which has an interest in a stable, more integrated Europe.