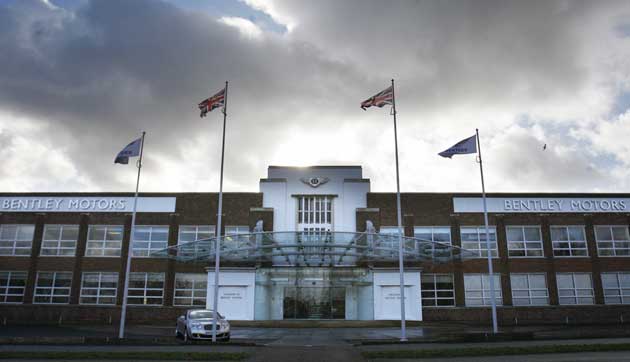 The prospect of the three-day week returned to haunt Britain yesterday as it emerged that ministers are considering paying firms to cut hours in order to survive the recession.

Tens of thousands of businesses are already planning to scale back working hours this year in an effort to stay afloat. But as the country comes to terms with the reality of a recession, it emerged that the Government is looking at compensating employees, through their firms – thereby drawing comparisons with the shutdowns of the 1970s.

While the move would safeguard jobs, it would mean that the financial crisis is on a much larger scale, further undermining confidence in the economy with the suggestion of Britain grinding to a halt.

Major firms such as JCB have already downed tools for one day a week and are considering moving to a three-day week, with state help, if the recession gets worse. The firm’s chief executive, Matthew Taylor, said that he is pressing Lord Mandelson, the Secretary of State for Business, to introduce compensation for workers if their hours are reduced. Some of the jobs earmarked for redundancy, he said, could be saved if the move is introduced by April.

Ministerial sources insisted last night that a scheme to help compensate workers was “not imminent” but said it was an option being discussed. It would match measures introduced by the German government.

The Thatcher government brought in a short-time working directive in the 1980s to cover earnings lost through shorter hours. Such a move would cost the Government millions of pounds, but would be cheaper than the huge rise in unemployment benefit claims as a result of job losses.

Yet the move would stir bad memories of the three-day week of the early 1970s, when the Heath government imposed a cut in hours to save electricity as a result of industrial action.

Advice on how to ride the downturn published on the Department for Business website tells firms that cutting hours is one way to reduce overheads and ride the economic storm. The guide, Real Help for Businesses Now, suggests firms could cut staff costs by reducing hours, rather than by making redundancies. “Cutting overheads such as property costs … will take much longer to have an effect on the balance sheet,” it said. “You can also cut staff costs by restricting overtime or cutting staff hours. You could also consider reducing your number of employees – though redundancy payments will increase costs in the short term. However, the consequences of redundancies can be devastating, particularly for small businesses, and morale could suffer.”

Experts fear that the recession could be the worst for 60 years. Figures released on Friday showed that the economy is contracting faster than at any time since 1980. Kenneth Clarke, the new shadow Secretary of State for Business, last night accused Gordon Brown and Alistair Darling of “panicking” over the recession. Ministers were treating voters “like fools” by claiming they could see the “green shoots” of recovery, Mr Clarke wrote in the News of the World.

Figures from the British Chambers of Commerce, which represent 100,000 firms, show that 39 per cent of businesses are planning to cut hours.

Many firms in the car industry have introduced or are considering a three-day week, such as Bentley Motors in Crewe and Nissan in Sunderland. But the practice is spreading to the rest of the manufacturing sector, and business leaders fear it is only a matter of time before other industries resort to the measure.

Mr Taylor, of JCB, said: “We would rather go to a shorter working week than lay people off.”

Three-day weeks have been backed by the unions, whose members are happier to take pay cuts than lose their entire salary and pension benefits.

Government sources said there were issues about whether to restrict compensation to the car industry or apply it to all firms.

The CBI refused to comment last night, but a source said some firms would be able to reduce output to three days more easily than others.

When the three-day week crippled Britain

The three-day week carries a particular resonance for anyone who remembers the 1970s, as it recalls a time when firms were forced into short-time working, redundancies, and lay-offs.

As now, the crisis erupted amid an economic emergency. But the cause of a problem that crippled the nation’s infrastructure was not a financial calamity but a breakdown in industrial relations.

Britain’s miners walked out on 9 January 1972 – their first strike in 50 years – over the failure to meet their demand for £9 on top of an average weekly wage of £25. The impact of closing all 289 pits in England and Wales – and pickets at power stations – was dramatic.

A month later, the Prime Minister, Edward Heath, declared a state of emergency and, with dwindling electricity supplies forcing factories to close, he imposed a three-day week. A week into the state of emergency, it was announced that electricity would be switched off on a rota basis between 7am and midnight every day.

By the middle of February, it was estimated 1.2 million people had been laid off. Imperial Chemical Industries (ICI) gave a week’s notice to its 60,000 weekly paid staff as a precautionary measure.

Although the crisis ended with a pay deal on 19 February, the miners repeated their industrial action less than two years later, provoking another three-day week and, ultimately, the removal of the Heath government in February 1974.