Citigroup chief executive Vikram Pandit is preparing to break-up the banking conglomerate, separating its assets into essentially a separate “good” and “bad” bank in a startling reversal of the bank’s decade-old strategy as a universal bank. 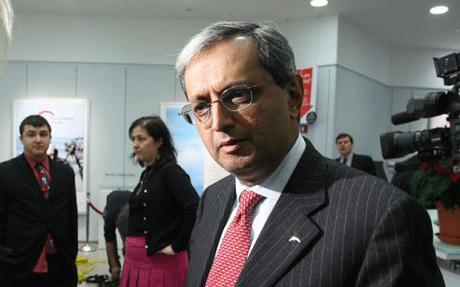 Mr Pandit is understood to have decided that it is now necessary to place Citigroup’s investment bank and its US consumer finance arm into what will essentially be a “bad bank,” with the remainder’s focus being the commercial and retail bank which formed the core of the old Citicorp.

Although the bad bank, which will contain around $700bn (£482bn) of assets, will remain within the legal confines of Citigroup, its results will be reported separately and its access to capital will be limited. In addition, once core businesses such as its US insurance arm Primerica will be sold off.

The decision, in response to the company’s increasing lack of capital, is a clear U-turn by Mr Pandit, who as recently as mid-November said that he believed in the “financial supermarket” model.

An announcement on his plan, which is still being developed, is expected to be made by Mr Pandit either ahead of or alongside the bank’s fourth-quarter results, scheduled for release on January 22.

The first step in the break-up came last night as Citigroup announced the sale of its broking division into a joint venture with Morgan Stanley. The new business, Morgan Stanley Smith Barney, will contain over 20,000 financial advisors – including those operating under the Quilter brand in the UK – managing more than $1,700bn in client assets.

Citigroup is to receive $2.7bn and will own 49pc of the venture, with Morgan Stanley owning the majority

After three years, Citigroup will be able to sell down its stake but will retain a significant stake for at least five years.

Shares in Citigroup, which had fallen 22pc in the prior two trading days, closed up 30 cents at $5.90.