Compare those cases to Madoff:
Madoff put under house arrest – in $7m apartment (Times)
That is called justice. 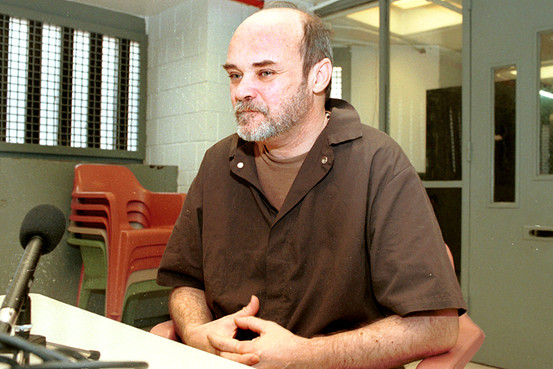 One can spend a long time in jail in the U.S. without ever being charged with a crime. It happened to H. Beatty Chadwick, a former Philadelphia-area lawyer, who has been behind bars for nearly 14 years without being charged.

Businessman Manuel Osete spent nearly three years in an Arizona jail without ever receiving a criminal charge. And investment manager Martin Armstrong faced a similar situation when he was held for more than six years in a Manhattan jail.

All three men were jailed for civil contempt, a murky legal concept. Some scholars say it is too often abused by judges, to the detriment of those charged and their due-process rights. “These results of too many civil-contempt confinements are flatly outrageous and often unconstitutional,” says Jayne Ressler, a professor at Brooklyn Law School.

In some contexts, the federal system limits civil-contempt confinement to 18 months. Some states have similar limits. But in other states, judges face few restrictions on how long someone can be held in civil contempt.

A judge generally can issue either a civil or criminal contempt charge whenever he or she feels that a party has disobeyed an order or has disrupted a proceeding.

In a criminal contempt charge, which is aimed at punishing bad behavior, a defendant is afforded the due-process safeguards of the criminal system, including a possible jury trial.

Civil contempt charges, on the other hand, are meant to be coercive, issued to force behavior such as making a witness testify, compelling a journalist to reveal sources or strong-arming a parent into paying child support. Because civil “contemnors” hold the key to their own freedom — after all, complying will spring them — they aren’t given the same due-process rights as criminal defendants.

If someone held for civil contempt can’t meet the judge’s order, theoretically, the confinement should end. And while long-term civil confinements are unusual, problems arise when a court doesn’t believe the person. With the party and judge at loggerheads over, say, the availability of funds, it is often the contemnor who loses, forced to remain behind bars at the mercy of a skeptical judge. That has sparked cries for reform.

Consider Mr. Chadwick’s case. In 1994, during divorce proceedings, a Delaware County judge held Mr. Chadwick in civil contempt for failing to put $2.5 million in a court-controlled account. He says he lost the money in bad investments; his wife’s attorney claimed he had hidden it offshore. In April 1995, Mr. Chadwick was arrested and detained. Nearly 14 years later, Mr. Chadwick, who suffers from non-Hodgkin’s lymphoma, is still in jail — even after a retired judge was hired to help locate the money, and failed.

“The money is gone,” says Mr. Chadwick’s lawyer, Michael Malloy. “The coercive effect of this order is gone; it has turned into a life sentence.”

The judge who held Mr. Chadwick in contempt in 1994 couldn’t be reached for comment, but he has said publicly that he doesn’t believe Mr. Chadwick lacks the funds.

Few argue that civil-contempt confinement should be abandoned altogether. “The threat of jail is sometimes the only thing that will make a person comply with a court order,” says Adam Winkler, a professor at UCLA law school.

For some, including Albert Momjian, the lawyer for Mr. Chadwick’s ex-wife, the theory still holds. “There’s no doubt in my mind that he has the money and could walk out of jail next week if he wanted to,” says Mr. Momjian.

Critics question why the burden rests with contemnors such as Mr. Chadwick to prove they don’t have the money, rather than with a prosecutor to prove they do. “It runs counter to our entire system to say ‘It’s your burden to prove a negative,'” says Brooklyn Law School’s Ms. Ressler.

Another concern: While those sent to jail for civil contempt may appeal their confinements, appellate judges often will overturn lower-court rulings only if they find an “abuse of discretion,” a standard that offers trial judges wide latitude.

Reformers hope that more states enact laws limiting the terms of civil confinement, as Congress did in 1970, when it passed a statute limiting the length of civil-contempt confinement to 18 months for those who refuse to testify in federal court or to a federal grand jury. After that, if civil confinement hasn’t coerced a certain behavior, the burden would fall to the government to bring criminal charges.

“As a matter of due process, I think 18 months is enough in most cases,” says Thomas Sjoblom, the lawyer for Martin Armstrong. Mr. Sjoblom argued unsuccessfully that the 1970 law should have extended to the situation involving his client, who failed to produce $15 million in gold and antiquities in a civil suit alleging securities fraud. “After that, let the government prove a criminal case.” Mr. Armstrong is currently serving a five-year sentence for criminal conspiracy.

Of course, such a limit might give contemnors an incentive to wait, knowing that eventually they will be reunited with their riches.

Nonetheless, some states are modifying their laws. In the midst of the situation involving Mr. Osete, who was detained in Arizona from late 2002 to late 2005 for refusing to hand over more than $800,000 in alimony and interest payments, which he said he didn’t have, the Arizona Supreme Court changed its rules. Now, Arizona courts must hold hearings every 35 days for those held in civil contempt on family-law issues, and judges must find that a contemnor has the ability to comply with the order.

2 thoughts on “No Charge: In Civil-Contempt Cases, Jail Time Can Stretch On for Years”