‘Madoff’ could have only happened because there are criminals all over the place.
See also: Madoff Scheme Was ‘Impossible’ to Do Alone, Says EIM’s Busson 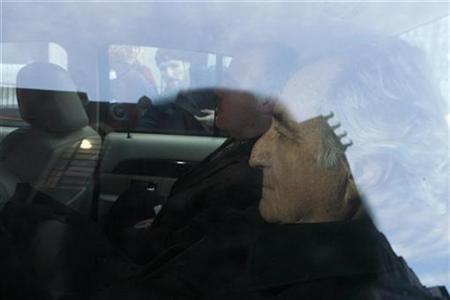 BOSTON (Reuters) – After a decade of trying to convince U.S. authorities that Bernard Madoff’s seemingly high-flying hedge fund was a scam, the man whose warnings could have saved a lot of money for a lot of people issued a terse message to the world: Leave me alone.

He will talk to Congressional investigators and that’s it.

Madoff stunned the world in December when he allegedly admitted to running a “giant ponzi scheme” that investigators have said cost investors $50 billion. In a ponzi scheme, money from new investors is used to pay back earlier investors.

Many people were fooled, but not Harry Markopolos, the 52-year-old former financial executive who had been onto Madoff since 1996.

Members of Congress have repeatedly invoked Markopolos name in questions to the U.S. Securities and Exchange Commission about how it missed the $50 billion fraud.

“Why in the world didn’t anyone respond to his allegations?” asked Rep. Carolyn Maloney, a New York Democrat, referring to a 19-page memo Markopolos wrote to the SEC in 2005 titled, “The World’s Largest Hedge Fund is a Fraud.” Maloney asked during a Congressional hearing: “What happened to his report?”

Markopolos, who was due to testify before a Congressional panel early this month but begged off because of illness, said in a statement that he would work with Congress and the SEC, but then wanted to get out of the spotlight.

“Once his Congressional testimony is complete and his cooperation with the SEC Inspector General’s investigation concluded, he wishes to return to private life,” the former chief investment officer of Boston-based Rampart Investment Management Co said in a statement released on Friday by his attorneys.

While Markopolos has drawn praise for spotting the massive fraud, according to media reports he is not so proud of his unsuccessful nine-year campaign with the SEC against Madoff.

Madoff is a former chairman of the Nasdaq stock market, which is now part of NASDAQ OMX Group Inc.

“Why would people think I feel good about this?” the past president of the Boston Security Analysts Society was quoted as telling the Boston Globe. “People think I’m a hero, but I didn’t stop him. He stopped himself.”

Interest in Markopolos has extended to authors and moviemakers. The Boston Globe reported that he has been approached by people interested in making a movie about him, but he has rebuffed all overtures.

“They’ll just add in sex and violence,” the Globe quoted Markopolos as saying.

The derivatives expert turned his analytical focus on Madoff in 1996 after his boss at Rampart asked him to figure out how to match the returns of Bernard L. Madoff Investment Securities LLC. Years of analysis convinced Markopolos, originally from Erie, Pennsylvania, that it was impossible for Madoff to consistently outperform markets so dramatically.

He brought his suspicions to SEC officials in Boston and later New York, eventually alleging that Madoff was running a “Ponzi scheme.” That type of scam was named for Charles Ponzi, who defrauded Boston-area investors out of millions of dollars in the early 20th Century.

One factor that could have made it harder for Markopolos to convince regulators that Madoff’s results were too good to be true is that he had neither the insider information that a staffer at the company would have nor the financial exposure of someone who had invested in the firm.

He was looking into the firm as a competitor.

“This is a very unusual case because usually a whistle-blower will call up and say, ‘I think that Joe is ripping off the company.’ The level of detail that this guy had, you read this thing and he does not come across as a nut. He comes across as somebody who’s sophisticated and has a coherent story,” said Macey, who has read Markopolos’ letters to the SEC but has not met him personally.

One person who worked with Markopolos on a risk-management committee in the early part of this decade said he was not surprised that he remained focused on Madoff for so long.

“His background is one of risk management and mathematics,” said Mark Williams, professor of finance and economics at Boston University. “It’s about when you see an error, correcting it.”

“Madoff was breaking the normal equation,” Williams said. “From a pure academic standpoint, Harry was trying to break that and prove that something is wrong here.”

A court spokesman said late on Friday that a U.S. judge would rule on Monday on a request by U.S. prosecutors to revoke Madoff’s bail and jail him.