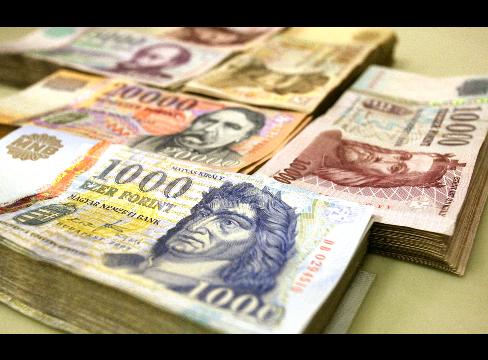 Dec. 8 (Bloomberg) — The slowing global economy is halting the spread of monetary union into eastern Europe and may lead to another year of losses for the Polish zloty, Hungarian forint and Czech koruna.

The zloty fell 21 percent against the euro from a record high in July as Poland headed for its biggest economic slowdown in almost a decade, while Hungary turned to the International Monetary Fund, World Bank and European Union for a bailout as the forint weakened 15 percent. Koruna volatility almost tripled as it depreciated 12 percent. The two-year mandatory trial period before adopting the euro allows swings of no more than 15 percent.

Hungary’s plans to enter the pre-euro stability test by 2010 are a “mirage,” said Istvan Hamecz, chief executive officer of OTP Fund Management, Hungary’s largest fund management company, with $6.4 billion of assets. “Nobody needs us in that club.”

Only Iceland’s krona has performed worse against the euro and dollar since June among currencies in Europe, the Middle East and Africa.

Converting to the euro — which began in 1999 and now has 15 members ranging from Portugal to Slovenia and Italy to Germany –requires candidates prove the stability of their currencies and economies.

Three-month volatility in the forint rose to a record 25.8 percent, up from 5 percent at the start of the year. Swings in the zloty jumped to 26 percent from 5.7 percent in January, and to 17.7 percent for the koruna from 6.37.

Polish growth may slow to 0.4 percent next year from 4.8 percent this year, making it impossible for the government to keep its fiscal deficit below the limit of 3 percent of gross domestic product needed to qualify for euro adoption, said Michal Dybula, central European economist at BNP Paribas in Warsaw. The deficit, based on EU methodology, may rise to 3.7 percent of GDP next year from 2.5 percent this year, he forecast.

Inflation will also be a challenge. The average 12-month increase in consumer prices must be within 1.5 percentage points of the average in the three EU nations with the slowest growth. The rate was 6.6 percent in Hungary in October, compared with an EU ceiling of 4.2 percent for that month.

While European Union Monetary Affairs Commissioner Joaquin Almunia endorsed Poland’s euro-adoption plan on Nov. 26, he also said the target date could change. Poland may need to delay until 2015 or 2016 because the government is unlikely to win support to pass laws needed to adopt the euro, said Citigroup Inc. senior economist Piotr Kalisz in Warsaw.

“Given the currency volatility and the deepening slowdown, the euro adoption target is not realistic,” Kalisz said. “The risk aversion and volatility on the market will last for another two or three quarters.”

The Czech central bank recommended the government avoid setting a date for euro adoption this year amid the financial crisis. Opposition leader Jiri Paroubek last week offered his lawmakers’ support for the government during its European Union presidency, starting on Jan. 1, in return for an agreement to start talks on setting a euro-adoption date.

Hungarian Finance Minister Janos Veres said this month the country could join the pre-euro exchange-rate mechanism, known as ERM-2, in 2010 even though the government’s 10-year bond yields are 5.4 percentage points higher Germany’s. Euro criteria say they must converge to a gap of no more than 2 percentage points.

The 2010 date is already later than the 2009 target cited last month by Peter Kiss, the minister in charge of the Prime Minister’s office. Even the new deadline may not be realistic after the country was forced to turn to international lenders for a 20-billion euro loan.

Once Poland, Hungary or the Czech Republic join ERM-2, the zloty, forint and koruna will be pegged to the euro and allowed to trade in a 15-percent band. Their central banks will need to use reserves when their currencies are in jeopardy of breaching the limits.

Poland’s foreign-currency reserves shrank to $55.9 billion in November, from $62.1 billion in June. In euro terms, they rose to 3.4 billion euros, from 39.3 billion euros, as the single currency declined against the dollar.

Introduced in 1999 with 11 members, the euro is now the world’s second most-traded currency after the dollar. Greece, Malta, Cyprus and Slovenia have since switched their currencies to the euro and Slovakia will become the 16th in January.

Slovakia’s central bank forecast that membership will boost its trade within the monetary union by as much as 90 percent over the next two decades and lift GDP as much as 20 percent.

The global economic slowdown prompted by frozen credit markets and $978 billion of losses and writedowns among the world’s biggest financial institutions has driven investors away from emerging markets, including Poland, Hungary and the Czech Republic, where benchmark stock indexes have fallen at least 50 percent this year.

“People have been growing increasingly convinced that the crisis will delay euro adoption, but I believe we’ll see some positive news, which will provide a boost for the zloty and the forint,” said David Hauner, a strategist in London for Bank of America Corp. “In Poland and Hungary the crisis has increased the public support for euro adoption and I’m keeping my bet that both countries will enter ERM-2 in the second half of 2009. The more euro-skeptic Czechs may do it a year later.”

Currency traders have never been more bearish, based on the cost of options to hedge against foreign-exchange losses.

The difference in the costs between three-month puts, which grant the right to sell the zloty, and calls, which allow for purchases, has risen to a record 7.5 percentage points.

The so-called risk-reversal rate, used as an indicator of sentiment in the foreign-exchange market, shows traders are more bearish on the zloty and forint than any other of the east European currencies except the Romanian leu.

“I would remain cautious on central European currencies in three to six months,” said Benoit Anne, emerging-market strategist at Merrill Lynch in London. “We’re going through a severe crisis, with repercussions for all emerging markets. This will probably delay the adoption of the euro in the region.”

Anne predicts the zloty will fall 9 percent to 4.25 against the euro by June. The forint will depreciate 14 percent to a record low 305 per euro and the koruna will drop 2.5 percent to 26.5 versus the euro, he said.

The Polish and Czech governments both cut their growth forecasts to 3.7 percent next year from 4.8 percent amid the seizure in global credit markets. Hungary’s cabinet expects the economy to shrink next year by 1 percent, the biggest contraction since 1993.

Further reductions may add to pressure on the zloty and put into question the feasibility of Poland’s euro-adoption “within the current time-frame,” said Roderick Ngotho, currency strategist for Europe, the Middle East and Africa at UBS AG in London.

“We are negative on all currencies in the EMEA region,” said Ngotho, who expects the forint will drop 3 percent to 275 per euro in the next three months. “They should remain relatively weak in 2009.”

To contact the reporter on this story: Ewa Krukowska in Warsaw at ekrukowska@bloomberg.net