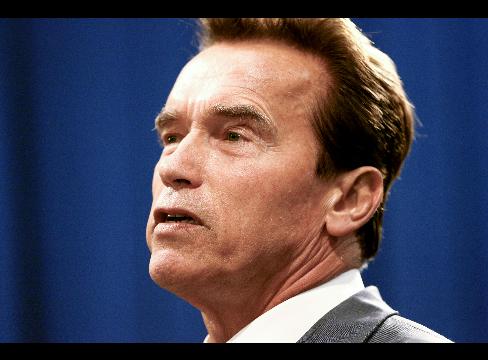 Dec. 1 (Bloomberg) — California Governor Arnold Schwarzenegger, saying his state is going broke, declared a fiscal emergency and ordered the incoming class of lawmakers into a special session to fix a widening $11 billion deficit.

Schwarzenegger, a 61-year-old Republican, wants lawmakers to raise taxes and cut spending to narrow the gap that is projected to swell to $28 billion over the next 18 months. He invoked powers granted him in 2004 to declare a fiscal emergency, which gives the Legislature 45 days to plug the shortfall. If they fail to find a solution in that time, they are barred from doing any other legislative work until they do.

“Without immediate action, our state is heading for fiscal disaster,” Schwarzenegger told reporters today in Los Angeles. “I’ve had to make tough choices that I wish I didn’t have to make, and I know this is a terrible time to raise taxes, but it’s also a terrible time to make cuts to very important programs. But in an emergency like this, we have to take quick action to avoid even worse problems, even if they include decisions that we don’t like.”

Lawmakers were unable to agree on a plan to close the gap during a three-week special session that expired yesterday. Schwarzenegger has warned that the state will run out of cash in February and can’t borrow money from Wall Street to pay bills such as payroll until lawmakers trim the deficit. The state’s finances are reeling from declines in stock markets that have sapped tax revenue from income and capital gains.

Nationally, more than half of U.S. states are facing deficits for the fiscal year that began five months ago. California, whose escalating income taxes make it dependent on capital gains, is contending with the largest budget shortfalls. California accounts for nearly half of the $24 billion gap faced by a total of 31 states this year, according to the Center on Budget and Policy Priorities.

“I compare the situation we are in right now to that of finding an accident victim on the side of the road bleeding to death,” Schwarzenegger said. “We wouldn’t spend hours debating over which ambulance to use or which hospital to send him to; we would first stop the bleeding, and that’s exactly what we have to do here.”

Schwarzenegger is required by law to present a budget for the coming fiscal year in January.

To fix the problem, he has proposed increasing the sales tax to 8.75 percent from 7.25 percent for three years, as well as raising motor-vehicle fees. His proposal also would expand sales and use taxes to include appliance, furniture and vehicle repairs; golf greens fees; amusement-park admissions; sporting- event tickets; and veterinarian services.

His proposal would add a 9.9 percent-per-barrel severance tax on oil drilled in the state. The plan also envisions charging 5 cents for every alcoholic drink sold in the state. In all, taxes and fees would increase $4.7 billion while spending is cut $4.5 billion.

Democrats proposed a plan to cut $8.1 billion from the budgets of schools, colleges and other programs and raise another $8.1 billion by increasing vehicle license fees and freezing income-tax brackets at 2007 levels.

The magnitude of the deficit emerged shortly after the Republican governor signed the current budget in September, following a record-long fight with lawmakers over how to balance the state’s books. The shortfall has widened as corporate profits slide and the state’s collections of capital-gains taxes appear curbed by $5 trillion in stock-market losses.

The state sold $5 billion of short-term revenue anticipation notes Oct. 16 to help avert a looming cash shortage. California Treasurer Bill Lockyer was tentatively set to sell another $2 billion this month. He scrapped the loan and said the state can’t ask investors for more money until lawmakers trim the deficit.

California, the biggest borrower in the municipal-bond market, has $51.9 billion in general-obligation debt outstanding. The state is graded A+ by Fitch Ratings and Standard & Poor’s, the fifth-highest rankings, and a comparable A1 by Moody’s Investors Service.

Schwarzenegger also called a separate special session today for lawmakers to consider a package of economic stimulus proposals to put people back to work, such as speeding up the spending of bond proceeds for public-works projects.

He also asked lawmakers to act on proposals to shore up the state’s unemployment insurance fund, which is projected to run out of money in 2009. Schwarzenegger has proposed cutting benefits from 50 percent of a worker’s weekly pay to 45 percent, while businesses would be asked to pay more for each worker. Currently, businesses pay into the fund on the first $7,000 a worker earns. Under Schwarzenegger’s plan, that would increase to $10,500.

Schwarzenegger wants lawmakers to consider a 90-day stay on home foreclosures and other efforts to help troubled homeowners modify loans.

To contact the reporter on this story: Michael B. Marois in Sacramento, California, at mmarois@bloomberg.net.