Civil rights campaigners say images must not be added to databases 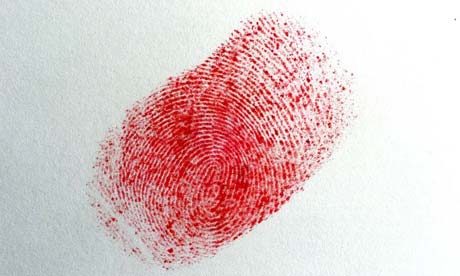 Every police force in the UK is to be equipped with mobile fingerprint scanners – handheld devices that allow police to carry out identity checks on people in the street.

The new technology, which ultimately may be able to receive pictures of suspects, is likely to be in widespread use within 18 months. Tens of thousands of sets – as compact as BlackBerry smartphones – are expected to be distributed.

The police claim the scheme, called Project Midas, will transform the speed of criminal investigations. A similar, heavier machine has been tested during limited trials with motorway patrols.

To address fears about mass surveillance and random searches, the police insist fingerprints taken by the scanners will not be stored or added to databases.

Liberty, the civil rights group, cautioned that the law required fingerprints taken in such circumstances to be deleted after use. Gareth Crossman, Liberty’s policy director, said: “Saving time with new technology could help police performance but officers must make absolutely certain that they take fingerprints only when they suspect an individual of an offence and can’t establish his identity.”

Details of the type of equipment and the scope of its use have been revealed in a presentation by the National Policing Improvement Agency (NPIA).

The initial phase of the Mobile Identification At Scene (Midas) project, costed at £30m-£40m, will enable officers to perform rapid checks on the fingerprints of people arrested or detained. The marks will be compared against records on Ident1, the national police database which holds information on 7.5 million individuals.

Geoff Whitaker, a senior technology officer with the NPIA, told the Biometrics 2008 conference that Project Midas would save enormous amounts of police time and reduce the number of wrongful arrests.

At present, officers have to take suspects to custody suites if they need to check fingerprints. On average, the agency’s research shows, the procedure takes 67 minutes. “If we scaled this [saving] up to the national level that would equate to 366 additional police officers on the beat,” Whitaker said. “One of the benefits is that it will reduce the number of errors – and we can reduce the number of arrests significantly.

“There’s a huge range of opportunities [for] mobile ID. It could be used on the deceased at the scene of a crime, on suspects for intelligence in the early part of an investigation, [or even] in a mortuary.”

Policing of big public occasions, sporting events, festivals, political conferences – as a well as immigration and border controls – could benefit from the equipment, he suggested.

Project Midas, he said, would give the police “a full, mobile national capability” to check identities.

The system is being designed to have the capacity to beam images of suspects back to officers on the streets to help confirm identifications. Some US police forces are already using the technology.

“The return of mugshots [to officers],” Whitaker added, “is something we would like to do.”

The tender document for Midas states: “Bidders’ solutions … should include, but may not be limited to, fingerprint identification capability.” Plans for a police Facial Images National Database (Find) were suspended last year but are being reviewed.

One of the companies bidding for the Midas contract, Northrop Grumman, told the Guardian: “A lot of the hand-held [devices] we are considering have cameras so they can support fingerprint and facial images”.

A limited trial of mobile police fingerprint devices, called Project Lantern, started in 2006. About 200 have been distributed and 30,000 checks performed. They were deployed in police cars using automatic number plate recognition technology – stopping vehicles that were logged as stolen, having no insurance, no MOT or simply unknown.

“The aim was to deny criminals the use of the roads,” said Whitaker. “Around 60% of drivers stopped gave false identification details.”

The electronic searches, encrypted and sent over public networks, were usually returned to the mobile devices within two minutes; 97% of searches were completed in five minutes. Responses are graded as “high” or “medium”. If high, it shows the system is confident of a match; if medium, it could display up to three potential identities. The returned data includes the name, age and gender of the suspect if there is a match.

A spokeswoman for the NPIA added: “It will be up to each police authority to assess the benefits and see how many they want. Early indications are that the benefits will be huge.”

Thomas Smith, an officer from the Los Angeles police department, also briefed the Biometrics 2008 conference on the success of his force’s mobile ID devices which send images and fingerprint matches back to officers on the street. He said they had become so powerful that once the machines were produced some suspects admitted they were lying about their identity.

“Our next thing will be facial recognition [computerised matching of suspects from their faces] in the field,” he said.