Pakistan’s foreign exchange reserves are so low that the country can only afford one month of imports and faces possible bankruptcy. 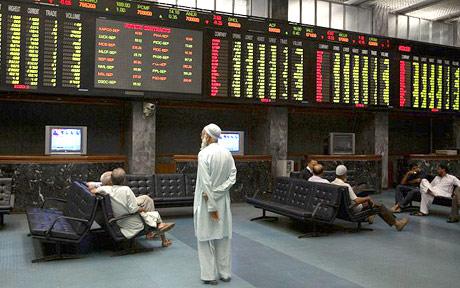 Officially, the central bank holds $8.14 billion (£4.65 billion) of foreign currency, but if forward liabilities are included, the real reserves may be only $3 billion – enough to buy about 30 days of imports like oil and food.

Nine months ago, Pakistan had $16 bn in the coffers.

The government is engulfed by crises left behind by Pervez Musharraf, the military ruler who resigned the presidency in August. High oil prices have combined with endemic corruption and mismanagement to inflict huge damage on the economy.

Given the country’s standing as a frontline state in the US-led “war on terrorism”, the economic crisis has profound consequences. Pakistan already faces worsening security as the army clashes with militants in the lawless Tribal Areas on the north-west frontier with Afghanistan.

The economic crisis has already placed the future of the new government in doubt after the transition to a civilian rule. President Asif Ali Zardari has faced numerous but unproven allegations of corruption dating from the two governments led by his wife, Benazir Bhutto, who was assassinated last December.

The Wall Street Journal said that Pakistan’s economic travails were “at least in part, a crisis of confidence in him”.

While Mr Musharraf’s prime minister, Shaukat Aziz, frequently likened Pakistan to a “Tiger economy”, the former government left an economy on the brink of ruin without any durable base.

The Pakistan rupee has lost more than 21 per cent of its value so far this year and inflation now runs at 25 per cent. The rise in world prices has driven up Pakistan’s food and oil bill by a third since 2007.

Efforts to defer payment for 100,000 barrels of oil supplied every day by Saudi Arabia have not yet yielded results, while the government has also failed to raise loans on favourable terms from “friendly countries”.

Mr Zardari told the Wall Street Journal that Pakistan needed a bail out worth $100 billion from the international community.

“If I can’t pay my own oil bill, how am I going to increase my police?” he asked. “The oil companies are asking me to pay $135 [per barrel] of oil and at the same time they want me to keep the world peaceful and Pakistan peaceful.”

The ratings agency Standard and Poor’s has given Pakistan’s sovereign debt a grade of CCC +, which stands only a few notches above the default level.

The agency gave warning that Pakistan may be unable to cover about $3 billion in upcoming debt payments.

Mr Zardari is expected to ask the international community for a rescue package at a meeting in Abu Dhabi next month.

This gathering will determine whether the West is willing to bail out Pakistan.