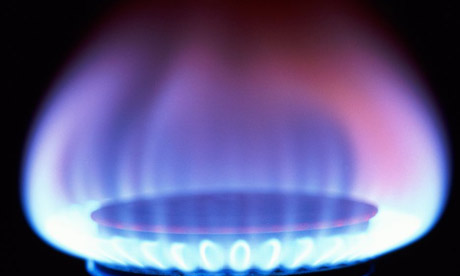 The latest increases come amid growing calls for a windfall tax on energy companies to help the increasing numbers of households struggling to cope with rising energy bills at a time when food and fuel costs are also increasing.

Yesterday a coalition of Age Concern, Child Poverty Action Group and National Energy Action increased the pressure for government action by demanding measures to make social tariffs for energy fairer and more effective. The coalition said that 5.5 million households were likely to face fuel poverty – defined as spending more than 10% of income on heating and lighting – this winter.

Age Concern’s director general, Gordon Lishman, said: “Many pensioners already worrying about whether they can afford to heat their homes this winter will be outraged by news of yet more colossal price hikes.

“It is a huge worry that one in three pensioner households are likely to be living in fuel poverty by the end of 2008 and many are already feeling forced to cut back on essential food or fuel.”

Tim Wolfenden, head of home services at uSwitch.com, a price comparison and switching service, said: “All the major suppliers have increased prices for a second time this year. This is a heavy blow and few households will emerge unscathed or unconcerned about the future affordability of their energy.”

The government is expected to respond to the calls for help for people struggling with rising fuel bills within the next few days, though it remains unclear how any further help will be funded. An extra £225m from companies for social programmes for poorer customers over the next three years was announced earlier this year but the companies face demands to go further. The government is said to be wary of a windfall tax on the sector when the industry is facing the challenge of finding more than £100bn to invest in renewable generation and the replacement of ageing nuclear power plants, and coal-fired stations that will have to close under European legislation.

Earlier this summer EDF Energy, British Gas and more recently E.ON and Scottish and Southern Energy all raised prices. The second round of increases by the big six takes the average household bill on standard plans for gas and electricity combined into a range of £1,200 to more than £1,300, depending on the supplier, according to uSwitch.com. At the beginning of the year average dual fuel bills for all six were well below £1,000.

The companies blame the rising cost of wholesale gas and power prices for the increases for residential customers. Gas prices are linked to oil prices because of the UK’s increasing dependence on imports from continental Europe where gas contracts are often indexed to the price of oil. International coal prices have also risen sharply.

Yesterday ScottishPower, which is owned by Iberdrola of Spain, said coal prices had risen by 45% since February, while wholesale gas prices had climbed 65% and electricity by 55% over the same period. By contrast, it said, its own prices for dual fuel users would rise an average of 25%.

Willie MacDiarmid, ScottishPower’s director of energy retail, said: “These are difficult times and we understand the financial impact this announcement will have on our customers. Although we’re one of the last companies to announce increases we’re sorry we couldn’t hold on any longer. However we have worked very hard to protect people for as long as possible from these considerable increases in the wholesale market.”

Giuseppe Di Vita, managing director of npower, part of German utility RWE, said the decision had been taken “extremely reluctantly, especially as household budgets are being squeezed so much”.