Growing Power is an innovative urban farm in Milwaukee.

Watercress is easy to cultivate and very tasty. 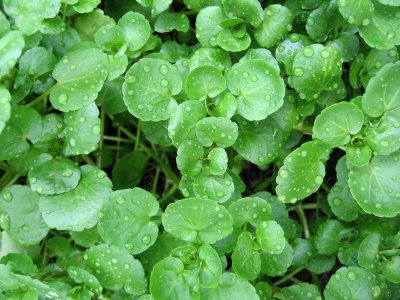 (NaturalNews) As a cancerous tumor develops, it quickly outgrows its existing blood supply. So a protein called Hypoxia Inducible Factor (HIF) is released that sends out signals causing surrounding normal tissues to grow new blood vessels into the tumor — and that provides the cancer with oxygen and nutrients. This plays a critical role in the development and spread of breast and other cancers. But now comes word from University of Southampton researchers in the United Kingdom that they’ve discovered something which interferes with and actually “turns off” the ability of HIF to function — a natural plant compound dubbed phenylethyl isothiocyanate (PEITC) found in the herb watercress.

“This research takes an important step towards understanding the potential health benefits of this crop since it shows that eating watercress may interfere with a pathway that has already been tightly linked to cancer development,” molecular oncologist Professor Packham, who headed the two year study, said in a statement to the media. “Knowing the risk factors for cancer is a key goal and studies on diet are an important part of this.”