EXCLUSIVE – A $28,500 deposit was made to Syed Farook’s bank account from WebBank.com on or about Nov.18, some two weeks before he and his wife Tashfeen Malik carried out the San Bernardino massacre, a source close to the investigation told Fox News Monday.

First he called it …

… but then found out that other servers of independent media were also under attack.

This also happened to this website. Not only did the database crash and could not easily be restored without crashing again and again, also the server was under attack later on.

And the experts who were repairing the damage are still clueless about what happened and why.

I am not an expert in this and maybe I am not describing what happened entirely correctly, but I believe that was the essence of what happened.

BLOCKBUSTER: HUSBAND AND WIFE “SHOOTER” WERE PULLED FROM BEHIND THE REAR SEAT OF THE SUV, ALREADY (LONG BEFORE) SHOT TO DEATH AND ALREADY IN HANDCUFFS.

Maybe that is why Alt media is under attack – the scammers of this last false flag are busted multiple ways!Lawyer’s testimony (for whatever reason they have one) confirms – those working the case closely and not affiliated with the MSM have confirmed that both were shot dead and in handcuffs long before the police shot hundreds of rounds into the SUV, and the SUV was probably therefore being driven via remote control for the TV cameras, which that particular SUV allows completely because it is full drive by wire.

BLOCKBUSTER: CONFIRMED: let me repeat this: The couple blamed were not even patsies and were not the shooters. They were murdered in cold blood beforehand (most likely because as I initially stated, both were state employees and the husband up until recently worked in financial auditing for the state, and was recently assigned to be a health inspector.) Most likely this couple was chosen to be eliminated in this ruse (IF THEY ARE EVEN DEAD) because as an auditor most likely Sayed discovered something “inconvenient.”

– Dead Muslims in San Bernadino Hoax are Dummies Not Humans 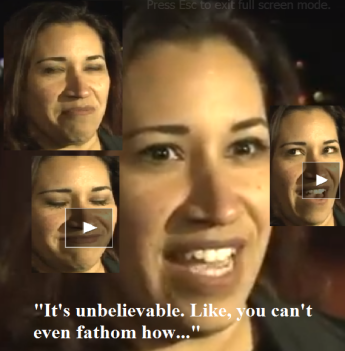 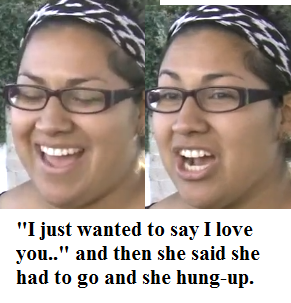 – The Happy Hoaxers of the San Bernardino Shooting Hoax 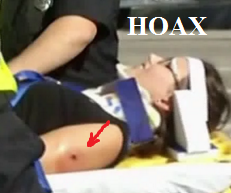