In the latest debate, aired on Austria’s ATV network, populist Freedom Party (FPÖ) presidential candidate Norbert Hofer said that Merkel’s migrant policies were “causing serious damage to Europe” and claimed that the result of her open door policy last year allowed for well over a million migrants “including terrorists to trek through Austria”,  reports Zeit Online. 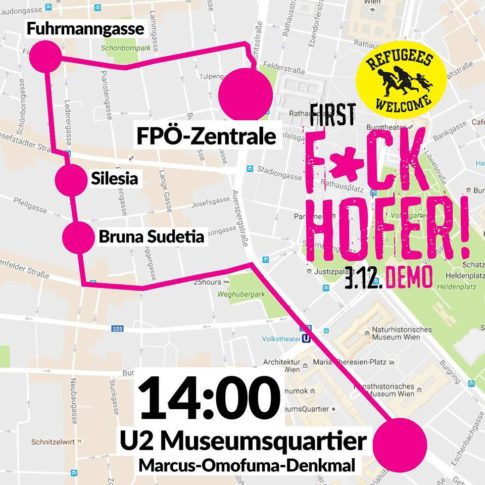 The march, dubbed, “F*ck Hofer” is set for Saturday, the day before the Austrian presidential election that sees FPÖ candidate Norbert Hofer square off against ex-Green party leader Alexander Van der Bellen. The Antifa group say that they will march from the Mariahilfestrasse shopping district to the headquarters of the FPÖ hitting several “targets” along the way, reports Kronen Zeitung.

Aside from the FPÖ headquarters the extremists plan to “visit” several right-wing fraternities in the Josefstadt district known as the Burschenshaft. These fencing fraternities, which were formed by students who resisted Napoleon and played a large role in the 1848 revolutions,  are linked to the FPÖ as Norbert Hofer himself is a member of the Marko-Germania fraternity.

On Thursday night the Geneva International Studies University held a panel discussion in which Mr. Barroso used the discussion to tar Mr. Hofer’s migrant policies as something out of the Nazi era, reports Kronen Zeitung. 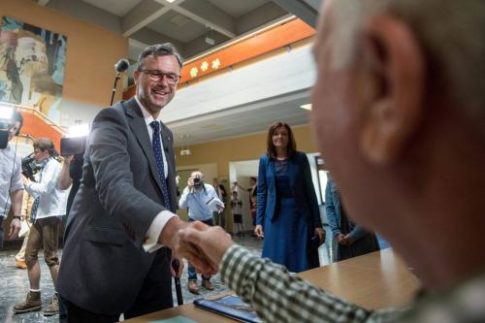 urosceptic, anti-immigration Freedom Party candidate Norbert Hofer won Austria’s Presidential election with 51.9 percent of the vote, official data from the Ministry of the Interior states. The figures could change when postal ballots are counted.

The fallout of popular anger emanating from Europe’s refugee crisis, which may have moderated in recent weeks following Europe’s desperate attempts to bribe Turkey to keep as many refugees in its borders as possible (unleashing the era of unprecedented Turkish leverage over European sovereigns, including Germany and the Netherlands) continued today with a dramatic result from the first round of Austria’s presidential election, where initial results showed that the candidate of the Freedom Party, Austria’s right-wing, anti-immigrant party has swept his competition, gathering over 35% of the vote and leaving the other five candidates far behind. 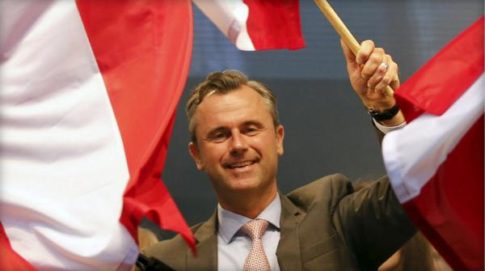 Among the losers were the hopefuls nominated by the government coalition, reflecting significant voter dissatisfaction with the country’s political status quo.

The early triumph by Norbert Hofer of the Freedom Party is his party’s best-ever showing since its creation after World War II. Its previous best result was more than 27% in elections that decided Austria’s membership in the European Union.