Japan’s biggest banking corporation is on its way to becoming the world’s first major financial institution to develop and deploy its own digital currency. Dubbed ‘MUFG coin’, the banking giant began development and trials of the cryptocurrency as early as 2015 before a public confirmation of the blockchain-based project last year. Initial reports revealed the development of the digital currency as an in-house token, to be used within MUFG’s companies. 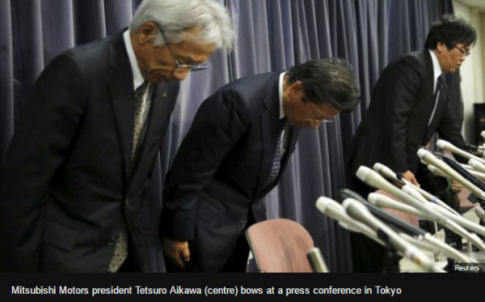 It’s all fun and games until someone is caught cheating. That is the lesson that Volkswagen learned last fall, when the German car manufacturer was caught using software that could detect when an emissions test was taking place in order to give better results. Today, it looks like Mitsubishi Motors will learn that very same lesson.

As Bloomberg reports, Japanese automaker Mitsubishi was the latest (but surely not last) to admit manipulating the load placed on the tires of four different models in order to make their fuel economy performance appear better. Thus far, an estimated 625,000 vehicles are impacted, including models that are manufactured and supplied to Nissan for their DayZ model (Nissan ultimately discovered the issue). Mitsubishi is no stranger to lies and poor public relations, as back in 2000 it admitted to lying about faulty fuel tanks, clutches, and brakes.