Miss Rikkyo Women’s College (age 22) said enthusiastically, “I will come up with one desert a week using fruits from Tohoku, and eat it.”

The Japanese government is going to make these young women eat food from the nuclear-disaster affected Tohoku and Kanto to support the recovery.

This is simply beyond my comprehension. Some on Twitter call it “student mobilization”, just like during the World War II; the government knowingly putting young people in danger so they can remain in their positions a while longer. 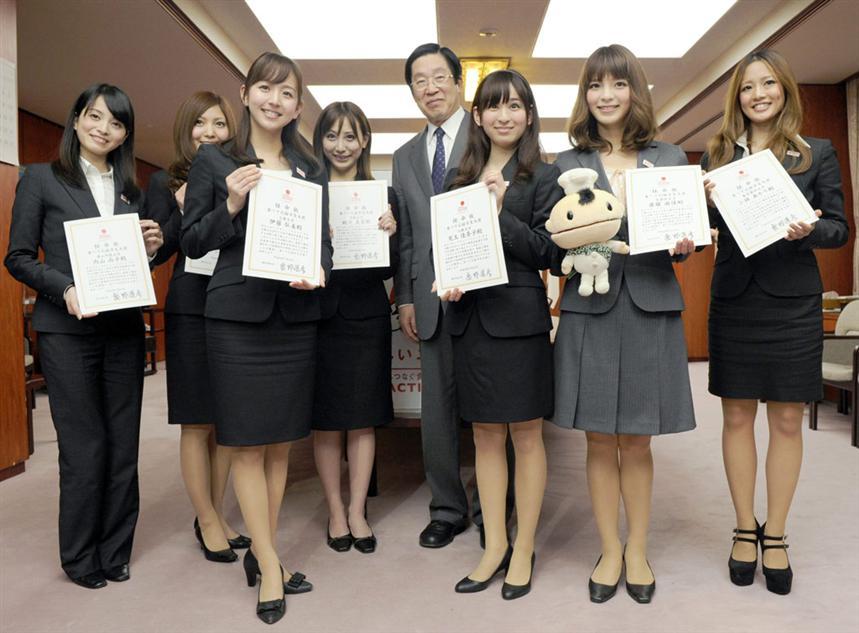 To support the agriculture, forestry sand fisheries industries in the disaster-affected areas, the Ministry of Agriculture, Forestry and Fisheries appointed 9 “Miss Campus” (beauty queens) on 9 campuses including Aoyama Gakuin University and Gakushuin University as “Eat and Support student ambassadors” on February 15. The nine young women will participate in activities not only for the disaster recovery but also for improving the food self-sufficiency rate.