Pennsylvania judge Mark Ciavarella Jr. has been sentenced to almost three decades in jail after conspiring with private prisons to trade kids for cash. 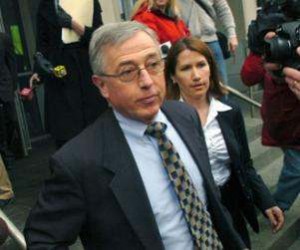 – Pennsylvania Judge Sentenced For 28 Years For Selling Kids to the Prison System (IntelliHub, May 22, 2013):

In the private prison industry, longer sentences earn more money from the state.

Since 2003, Ciavarella received millions of dollars in bribes for condemning minors to maximum prison sentences. In one case, Ciavarella sentenced a 10-year-old to two years in a detention facility for accidentally bottoming out his mother’s car.

According to the Pennsylvania Supreme Court, over 5,000 young men and women were unjustly sentenced to prison and denied their constitutional rights. Many of them have now been released and cleared of their charges.