Personally, I would NOT take any magic mushroom.

– Magic Mushroom Legalization Gets Nod to Move Toward California Ballot:

“We’re very excited,” Kevin P. Saunders, a candidate for mayor in Marina, who co-authored the state initiative said. “We see this as a civil rights issue.”

Saunders and his supporters have to turn in a total of 365,880 valid voter signatures by April 30th from registered California voters in 180 days in order to make the statewide ballot next year, according to the Secretary of State. Since the late 1980s, only one voter initiative has made the ballot without the help of paid professionals who seek signatures for government actions.

Personally, I would NOT take it. 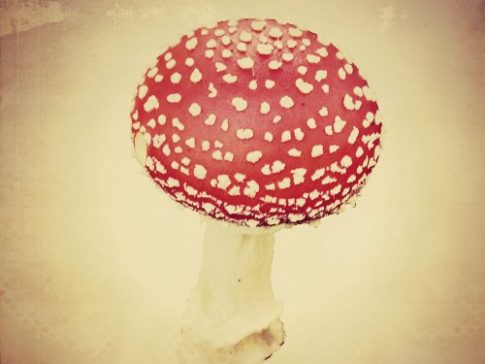 Two major clinical trials have reportedly reaffirmed the effectiveness of psilocybin, a naturally occurring psychedelic found in 200 varieties of mushrooms, in treating mental illness.Earlier this year, researchers at London’s Imperial College found that after one week of high doses of psilocybin, twelve study participants no longer suffered with depression or self loathing. Eleven weeks later, five of them no longer had any lingering depression symptoms.

I would stay away from magic mushrooms.

In June 2015 we reported on the re-emerging field of using psychedelics to treat mental illness, with psilocybin, in particular, showing great promise for chronic anxiety and depression. Western medicine began realizing its potential in the 1940s, but medical research was stamped out with the War on Drugs.

Now, as the injustice of the drug war is fully exposed, research is again turning to the amazing, natural power of psilocybin. William Richards at Johns Hopkins University has been dosing people with psilocybin for 15 years, and in 2006 published his first study demonstrating positive therapeutic results.