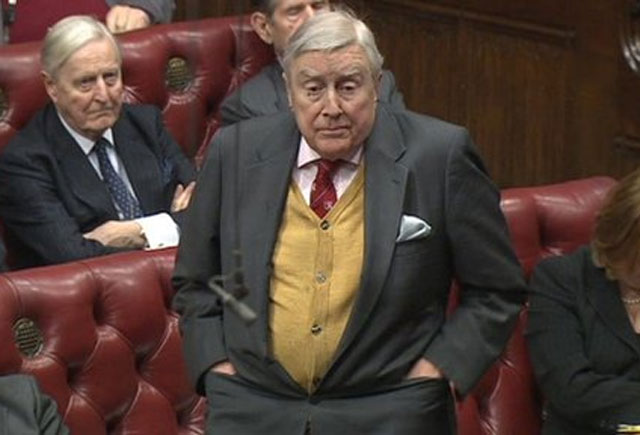 London: Britain’s House of Lords member Lord Gilbert on Friday advised his government to drop a neutron bomb in the border areas of Pakistan and Afghanistan, in order to eliminate the safe heavens of militant outfits.

During a debate over eliminating nukes across the world, the member of the upper house of the UK’s parliament said that the borders could be made safe after dropping ERRB warheads commonly known as neutron bombs in the respective areas.

“Your Lordships may say that this is impractical, but nobody lives up in the mountains on the border between Afghanistan and Pakistan except for a few goats and a handful of people herding them. If you told them that some ERRB warheads were going to be dropped there and that it would be a very unpleasant place to go, they would not go there. You would greatly reduce your problem of protecting those borders from infiltration from one side or another.”