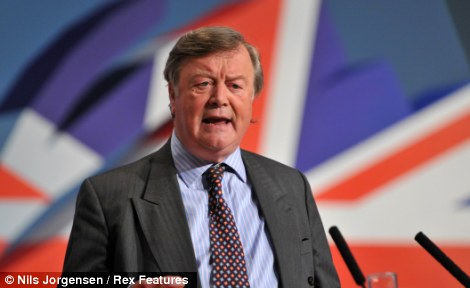 We face ‘quite the most dramatic’ spending cuts in ‘living memory’, the former chancellor added as the Coalition prepares to unveil plans to rein in the unprecedented budget deficit left by Labour.

‘I actually am one of those who believes, with a grave danger of financial collapse, we’re not out of the woods in the Western world yet,’ he said in the extraordinary address.

‘There is an extremely serious financial crisis.’

His remarks appeared to contradict the Prime Minister, who insisted days ago that the Coalition’s early decisions have put Britain ‘out of the danger zone’.

Mr Clarke said the UK had ‘rescued ourselves at the moment’, but added: ‘If we fail to deliver with the [cuts] programme we’re going to set out, we’ll be back there all too soon.’