… and the government and TEPCO are hiding it, then this is genocide and treason (AGAIN).

Katayama Satsuki knew that she would be ridiculed and outcast for breaking this news (in forced into line, brainwashed, fluoridated [also Lithium is added to the drinking water] Japan), so it must have been of vital importance to her to let us know. 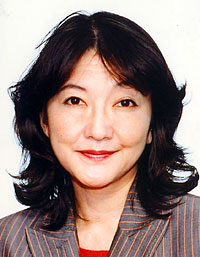 Hydrogen explosion may have happened at reactor 4 and been concealed by the government ,said on the blog of Katayama Satsuki, a member of the House of Councilors of Liberal Democratic Party.

Now I heard that the city mayor of Minamisoma got the phone call from a former city councilor to tell, on 1/9/2012, at Fukushima plant, (Probably at reactor 4) some kind of explosion happened, and the government is concealing it.

I’m not quite sure if it’s true or not, but it probably is not a nuclear explosion but a hydrogen explosion. (Even by a hydrogen explosion, radiation is scattered in a huge scale. I wondered why the person can stay that cool in such a situation. Probably he has already seen hell, he might be used to dealing with the fear and the stress by living in the 50km area.)

On 1/10/2012, this blog posted about the unusual amount of helicopter observed in Kanto area.

Satsuki Katayama is an LDP member of the Upper House of the Japanese Diet and a former career bureaucrat in the Ministry of Finance.

In her official blog on January 13, 2012, Katayama relates the following rumor:

Just then, there was a communication from the ex-council member of Minami Soma City to the mayor [of Soma City] that there was some kind of explosion at Fukushima I Nuclear Power Plant on January 9 (probably at Reactor 4 building) and the government is hiding it. I don’t know whether it’s true or not, but if it is, it is probably a hydrogen explosion, not a nuclear explosion.

Katayama says she was speaking with Hidekiyo Tachiya, mayor of Soma City (north of Minami Soma City) when the mayor related the “rumor” to her. I have no idea why she’s allowed to talk loose like this in her official blog.

So far, it doesn’t seem to have gathered much attention in Japan, and many on Twitter ridicule her. But some people are connecting this “rumor” to the massive deployment of the Self Defense Force helicopters on January 9.