– Heavy snowfall cuts Kamchatka off from outside world:

Russia – In Kamchatka, the airport “Yelizovo” was closed due to coming to the region of a snow cyclone.

The ministry reported that a powerful cyclone from Japan hit the southern regions of Kamchatka and brought heavy snow and wind.

Read moreHeavy snowfall cuts Kamchatka off from outside world 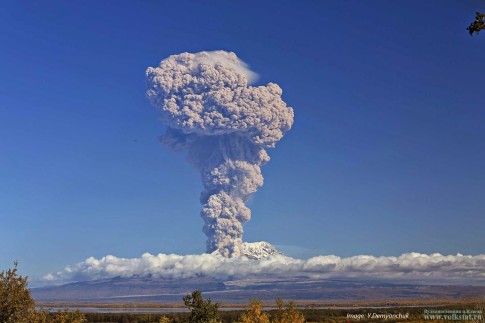 The eruption generated several pyroclastic flows, some of which surpassed the 350 m high western caldera wall.

The explosion could have been a result of gas pressure that slowly build up under the lava dome’s plug of viscous lava, VolcanoDiscovery said.