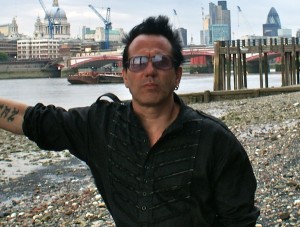 Many people might balk at the idea of paying even a dollar for virtual cow in a game like Farmville. But Jon Jacobs has just sold a virtual space station he’s spent the past five years managing for a whopping $635,000 in total, making over half a million dollars. Who would devote so much time and investment into something that doesn’t exist in the real world?

Make no mistake, Jacobs isn’t your stereotypical gamer geek. An actor, filmmaker, cyber-celebrity and entrepreneur, Jacobs deals with movie and music moguls, running a business out of a 6,900 square-foot office in the heart of Hollywood, in the historic El Capitan Theatre building on Hollywood Boulevard, with windows overlooking the Kodak Theatre. Jacobs has a penchant for flamboyant dress. He has his own theme song. Jacobs’ story is a larger-than-life tale that blurs the line between real-life and virtual-life fame and fortune.

In virtual life, Jacobs is the avatar “Neverdie,” perhaps the most famous person in the whole of the Entropia Universe, a massively multiplayer online gaming platform designed by Swedish developer MindArk with a real cash economy. Until recently, Neverdie was the owner of one of the hottest virtual properties in Entropia, Club Neverdie, situated on a virtual asteroid around Entropia’s first planet, Planet Calypso. Jacobs bought the virtual asteroid back in 2005 for $100,000, after taking out a mortgage on his real-life house. 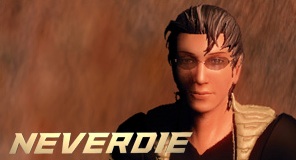 Taking out a hundred grand to buy virtual property may have seemed like poor business sense, but Jacobs had a plan. He turned Club Neverdie into a must-visit destination, one that includes more than a dozen bio-domes, a night club, stadium and a mall, where other players flocked to spend real cash on virtual goods and services. Jacobs was making around $200,000 in annual revenue, enough to comfortably support him and his family. Some might wonder why Jacobs didn’t instead start a real-life business like most others. Jacobs’ answer, “games made sense.” Club Neverdie was a “turnkey business” for him — besides dropping in from time to time to check on the property, the business largely ran itself and had no other employees besides himself.

In the recent $635,000 sale, Jacobs sold off his virtual property in chunks. The largest portion went to another avatar by the name of John Foma Kalun, who paid $335,000. This single transaction may be the largest virtual transaction ever, supplanting the previous record set by Erik “Buzz” Lightyear, another Entropia resident who bought The Crystal Palace Space Station for $330,000 in 2009.

Read more‘Cyber-Celebrity’ Makes $635,000 From The Sale Of Virtual Space Station