Just days after the news hit that ISIS’ main propaganda officer, Mohammad al-Adnani, one of the Islamic State’s most prominent leaders, the second in command of Abu Bakr al-Baghdadi, as well as the unofficial spokesman of the terrorist organization, was killed (with a scandal promptly erupting between the US and Russia over who had taken him out), the power vacuum that formed at the top of the Islamic State has been promptly filled, after former Tajik Special Forces colonel Gulmurod Khalimov became the top ISIS battlefield commander in Iraq, after defecting last year and swearing jihad against the West. 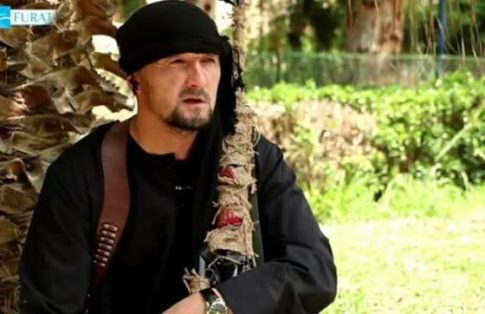 Khalimov is set to take the position vacated by Abu Omar al-Shishani, also known as Omar the Chechen, who was killed in the Iraqi city of Shirqat, south of Mosul. in early July and whom the Pentagon described as Islamic State’s “minister of war.”

What makes the ascent of Khalimov particularly embarrassing for the US is that The former paramilitary unit commander of the Tajikistan armed forces received his battlefield training from American advisors and even came to the United States on several occasions to receive special counterterrorism training through the US State Department’s Diplomatic Security/Anti-Terrorism Assistance program.