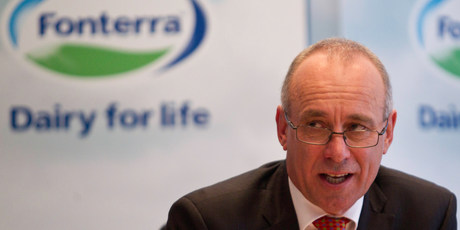 Former Fonterra chairman Sir Henry van der Heyden has apologised to “China and its people and Government ” for warning New Zealand businesses not to trust the Chinese.

Van der Heyden broke at lunchtime from his final board meeting as a Fonterra director to issue his public apology over comments made at a Tauranga business women’s conference.

“It was an ill-judged comment taken out of context,” he told the Business Herald. “I apologise to China, its people and its Government.”

“China is where New Zealand’s future is.”

Van der Heyden was earlier reported as saying doing business in China was full of surprises. “You’ve got to go and do business with your eyes wide open.”

Asked by an export manufacturer how small New Zealand businesses could ensure they were not ripped off when trading in China, Sir Henry said bad experiences should be used as opportunities to learn.

“That’s my point about China. You will be full of surprises. Don’t ever trust them…never..”

He later said the real intent of his comment was, “Be wary, be very careful.”

Read moreFormer Fonterra CEO Henry van der Heyden: ‘That’s my point about China. You will be full of surprises. Don’t ever trust them…never..’ – AND NOW: ‘China Is Where New Zealand’s Future Is.’