– ‘Welcome To The Recovery’: 15 Signs That Layoffs And Job Losses Are Skyrocketing 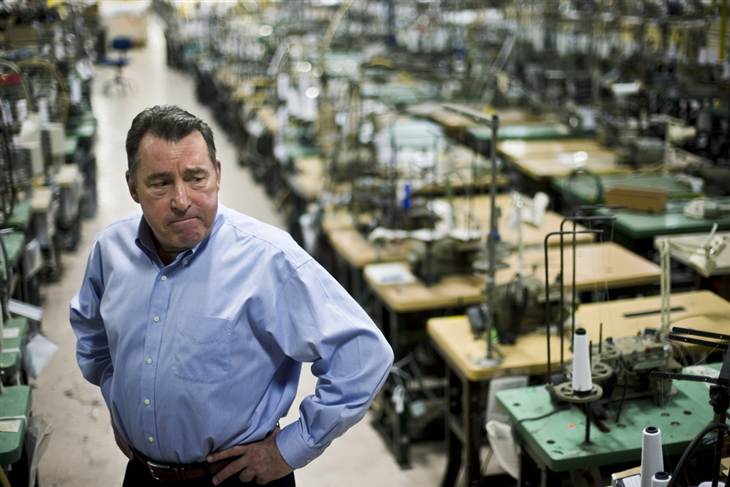 One of the last U.S. apparel manufacturers of its kind is losing its shirt.

FesslerUSA had survived war and depression, free trade and foreign imports, producing millions of knitted garments from its base in eastern Pennsylvania. Five years ago, third-generation owner Walter Meck and his family were feeling so good about the company’s prospects they doubled capacity, moving into a former pencil factory outside the small town of Orwigsburg.

They were still setting up shop in the new place when the Great Recession hit.

Sales plummeted. Financing dried up. And, after a long struggle to keep the manufacturer afloat, Meck has finally run out of time and money, still awaiting the strong economic rebound that never came. Production will shut down in early November, tossing 130 employees out of work and ending a run of nearly 113 years.

“We’re not even on life support any more,” the downcast CEO said in an interview on the floor of his cavernous factory, ominously quiet on a recent workday.