– Open Letter to the World from a Blocked Ukrainian Parliamentarian (ZeroHedge, Dec 14, 2014):

The following letter, written months ago but unfortunately unpublishable in the Ukrainian dictatorship that was imposed in February, was finally posted publicly at the Russian fortruss website on Sunday, December 14th, by Elena Bondarenko, a member of former Ukrainian President Viktor Yanukovych’s Party: 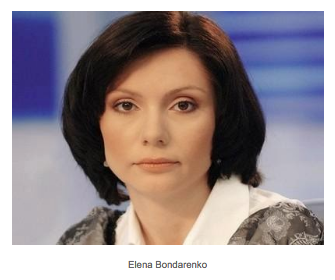 My friends, here is my declaration. I ask that you share it to the extent possible. If you can translate it into other languages, please do!

I, Elena Bondarenko, People’s Deputy from the Party of Regions, finding myself in opposition to the current power in Ukraine, wish to declare that this administration has resorted to direct threats of physical elimination of the opposition in Ukraine; has resorted to suspending the right of freedom of speech, in parliament and out, and is implicated in complicity in crimes not just against politicians, but even against their children. The everyday life of an opposition deputy is this: constant threats, unofficial ban from the airwaves, targeted persecution. Everyone who calls for peace is immediately branded as an enemy of the people, just as in 1930’s Germany, or in McCarthyite US.

Read moreOpen Letter To The World From A Blocked Ukrainian Parliamentarian