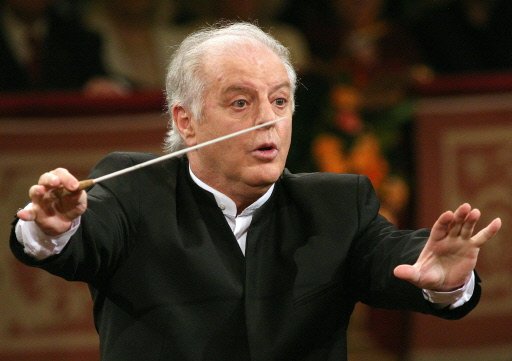 – SPIEGEL Interview with Daniel Barenboim: ‘The Germans Are Prisoners of Their Past’ (Der Spiegel, June 22, 2012):

World-famous Argentine-Israeli conductor Daniel Barenboim is noted for his strong views on the Middle East peace process and for performing Wagner’s music in Israel. In a SPIEGEL interview, he explains why the Israeli antipathy toward Wagner is grotesque and argues that Israel shouldn’t depend too much on Germany and the US for support.

Part 1: ‘The Germans Are Prisoners of Their Past’

SPIEGEL: Mr. Barenboim, why are you fighting to perform the music of Richard Wagner in Israel? No other composer is as hated there as this anti-Semitic German composer.

Barenboim: It saddens me that official Israel so doggedly refuses to allow Wagner to be performed — as was the case, once again, at the University of Tel Aviv two weeks ago — because I see it as a symptom of a disease. The words I’m about to use are harsh, but I choose them deliberately: There is a politicization of the remembrance of the Holocaust in Israel, and that’s terrible.

SPIEGEL: Please explain what you mean.

Barenboim: When I came to Israel from Argentina in 1952, as a 10-year-old, no one talked about the Holocaust. The catastrophe was still much too close for the survivors, and young Israelis wanted to create a new Judaism. They wanted to show that Jews were not only able to be artists and bankers, but could also pursue farming and sports. They looked forward and didn’t want to talk about the suffering of their parents.

SPIEGEL: When did that change?

Read moreSPIEGEL Interview With Daniel Barenboim: ‘The Germans Are Prisoners Of Their Past’