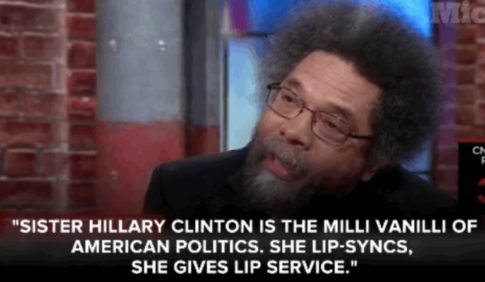 – Cornel West – “The Neo-Liberal Sleepwalking in Black America is Coming to an End”:

“I think, my dear brother, the chickens are coming home to roost,” West told Smiley. “We’ve been talking about this for a good while, the immorality of drones, dropping bombs on innocent people. It’s been over 200 children so far. These are war crimes.”

“I think we have to be very honest, let us not be deceived: Nixon, Bush, Obama, they’re war criminals,” West said. “They have killed innocent people in the name of the struggle for freedom, but they’re suspending the law, very much like Wall Street criminals. The law is suspended for them, but the law applies for the rest of us. You and I, brother Tavis, if we kill an innocent person we go to jail, and we’re going to be in there forever.”

Cornel West is an articulate and astute cultural and political observer who’s never afraid to go against the grain and challenge the entrenched and monumentally corrupt status quo. As such, I always try to make a point of hearing what he has to say. His latest interview is no exception.

The following chat with George Souvlis was published yesterday at Open Democracy, and is replete with some unforgettable quotes.

Read moreCornel West: “The Neo-Liberal Sleepwalking in Black America is Coming to an End” 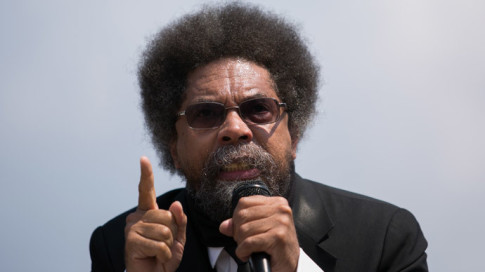 Cornel West, activist and professor at Union Theological Seminary, ripped Barack Obama’s “Wall Street presidency,” calling him another neoliberal “counterfeit” after posing as a progressive in his initial campaign for the White House in 2008.

“The torturers go free. The Wall Street executives go free. The war crimes in the Middle East, especially now in Gaza, the war criminals go free. And yet, you know, he acted as if he was both a progressive and as if he was concerned about the issues of serious injustice and inequality and it turned out that he’s just another neoliberal centrist with a smile and with a nice rhetorical flair.”

Public intellectual West lamented Obama’s failure – or refusal – to attempt a revival of democratic principles at a time of “an empire in decline.”

“Our culture is in increasing decay. Our school systems are in deep trouble. Our political system is dysfunctional. Our leaders are more and more bought off with legalized bribery and normalized corruption in Congress and too much of our civil life. You would think that we needed somebody—a Lincoln-like figure who could revive some democratic spirit and democratic possibility.”

West said at a time of deep need for solutions, for a change of culture in the gilded halls of Washington, Obama was another “opportunist.”