– Calgary – One of the coldest May long weekends in 40 years

Thousands of trees toppled to the ground.

Thanks to a massive volume of snow and an abundance of leaves still on trees, thousands of trees toppled to the ground creating carnage in neighbourhoods and to the power grid.

The city reports some 2,000 trees had collapsed onto roads and thousands more had fallen on private property, though the full extent of the damage wasn’t known.

It IS still summer, for cryin’ out loud!

Thousands of Calgary homes and businesses are still without power after a freak September snowstorm blanketed the city, and officials are expecting some Calgarians will have no power overnight.

According to Enmax, 30,000 customers are currently without power.

More power outages are expected as snow-laden trees continue to fall around the city.

“The information contained on this site is accurate and the information placed on this site has been taken from official documents, videotapes, police files, minutes of meetings, auditors reports, financial statements, Annual reports, press files, media files, correspondences and much more.

Why did the Calgary Herald not mention the name of John Kelly’s website or give a link to it in this article? 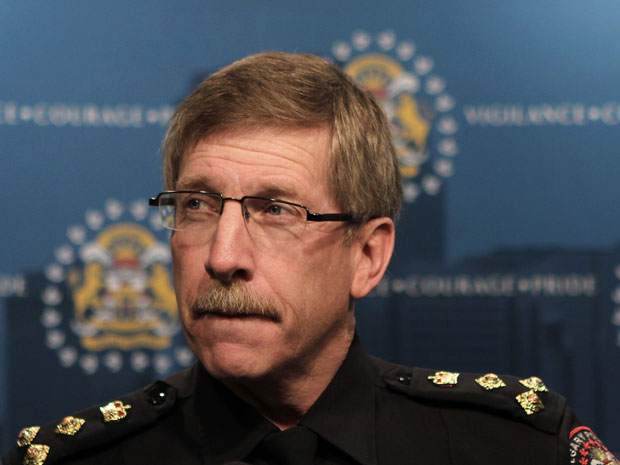 John Kelly, 53, is accused of interfering with an active homicide investigation and was charged with four counts of libel and obstruction of justice after he allegedly posed as a paralegal and approached the mother of a 2003 homicide victim saying he could help her sue police.

Calgary RCMP started their investigation after being contacted about the case by Calgary’s chief of police.

“In my 29 years, I’ve never heard of an individual being charged under the Criminal Code for libel charges, defamation of character,” said RCMP Supt. Randy McGinnis.

While libel itself is not rare, it is usually handled in civil court, not criminal.

Police Chief Rick Hanson said the rarity of the criminal libel charge speaks to the seriousness of the allegations.

“There are occasions when free speech does cross over and can cross over to where it’s criminal in nature, and that’s where the investigation has to take a look,” Hanson told reporters Friday.

“There’s a world of difference between the civil world and the criminal world. The RCMP and the Crown clearly felt in reviewing the facts that criminal charges were warranted.”

The lengthy ordeal and investigation took a toll on many officers who were named on the website, said Hanson.

“If you’re in policing, it’s not unusual to be the subject of criticism, that’s just the way it is. That’s something that a police officer gets used to. Most officers have a pretty thick skin,” the chief said.

“But when things transition over to where certain actions can be perceived as being criminal and there’s an investigation that leads to charges like that, that’s an entirely different thing than just being criticized.”

The website in question is still running. RCMP have no jurisdiction and can only ask the New York based Internet provider to take it down.

Calgary police spokesman Kevin Brookwell said there are many websites and blogs that are critical of police and he said police don’t have a problem with people expressing their views online.

Brookwell said this website was different because it interfered with an active police investigation.

At his first court appearance Friday, Kelly’s wife said her husband would decline comment to media.

Kelly was released on several conditions, including not having contact with numerous police officers and not adding to his website.